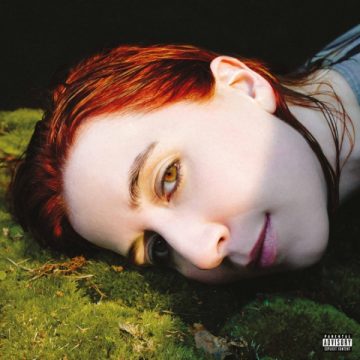 Katie Austra Stelmonis, who goes by the moniker Austra, has released her fourth album titled HiRUDin. Although her unique, high-pitched vocals and sparse arrangements on the new disc are not for everyone, there are some real gems here well worth checking out.

HiRUDin is a bold personal testament and acknowledgement of Stelmonis, of having formerly been in a toxic relationship, feeling lost, always returning to where she started, acknowledging those patterns, and finally finding the power to break with them.

Austra has successfully released three albums in the past ten years, including 2017’s Future Politics, and has performed sold-out live shows around the world. Stelmonis ultimately faced her insecurities regarding her personal and creative relationships being intertwined, and decided to break with all the comforts and relationships developed over the past decade, and start again. Besides these big changes in her personal life, the new album saw Austra taking an entirely different and free-spirited approach to making a record.

Key cuts on HiRUDin include lead single “Anywayz”, the biting song statement All I Wanted (Was Your Love), the stripped bare emotional lyrics of the heavenly orchestral finale “How Did You Know”, and probably my favourite track of all, “Mountain Baby”, featuring Montreal singer/songwriter/producer Cecile Believe.

In many ways, Austra reminds me of other successful Canadian singer/songwriters that have come before her like Joni Mitchell and Jane Siberry. She is an artist that is constantly re-examining, changing, and redefining herself, and becoming the person and artist she wants to be.

Gerry Young is President of Current Records and Management, and author of the 2011 biography Pop Goes The Weasel: Rock And Roll Off The Record, available at Indigo/Chapters, Barnes & Noble, and Amazon.com. He has recorded and managed Juno Award winning bands Martha And The Muffins and The Parachute Club among others.
RELATED ARTICLES
album reviewalbum reviewsanywayz
9.0