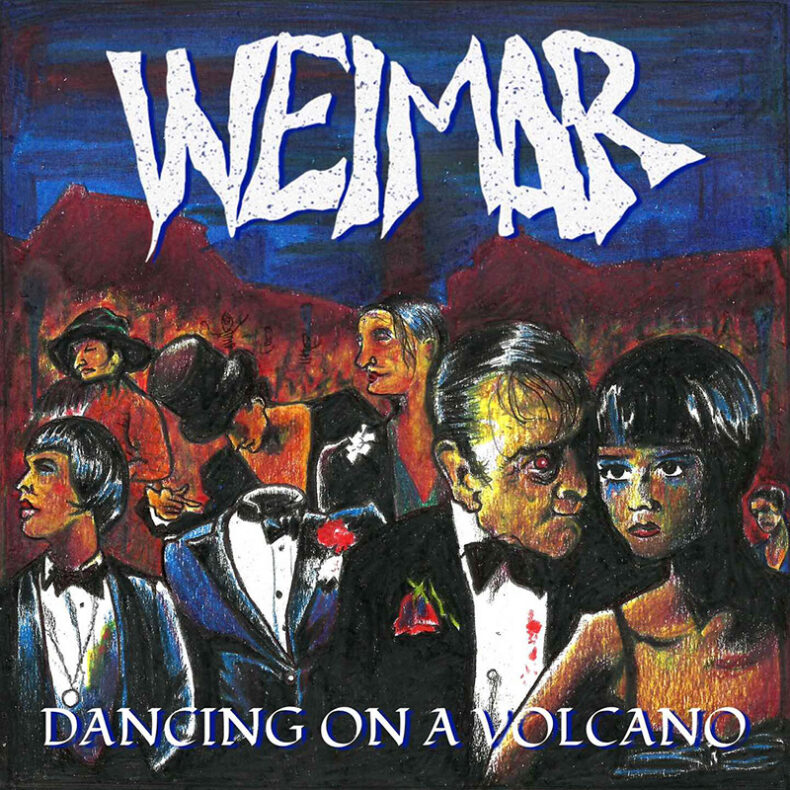 WEIMAR – DANCING ON A VOLCANO

Today we are pleased to present you the debut long-player Dancing On a Volcano. from Manchester indie rockers Weimar, hot on the trail of their endearing single “Soho Rain”, a wistful torch ballad paying homage to the infamous London district of London, featuring Leeds-based artist Finola on saxophone.

With their mixed bag of genres, well-digested set of influences and unique eclectic sound, Weimar is one of the most intriguing bands to come from England’s northern capital as of late.

Comprised of 12 tracks exploring an eclectic range of styles and moods, the album will be released on June 24th via German Shepherd Records, following the 2-track single “The Girls of LA” and New Order-esque B-side “Transatlantic Confusion”.

Produced by Adam Crossley and Chris Guest of Vibratone Sound Studio, the cover art for this single was created by acclaimed artist and writer Brian Gorman. The art-rock quartet’s output embraces post-punk to no wave, cabaret, psychedelia, alternative folk and gothic rock, blended in a distinctive fusion. 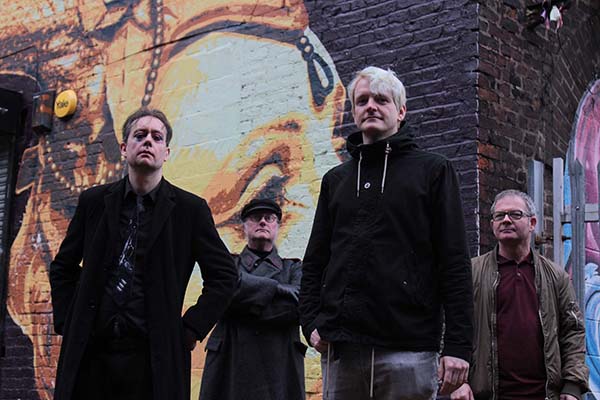 Since forming in 2016 and hitting the live circuit, Louder Than War named Weimar amongst its 50 Bands To Watch for 2019, the year they debuted the single “John Doe / Curse the Songs”, followed by “Marvel To The State / Undesirable Master”. Having worked with legendary post-punk producer Simon ‘Ding’ Archer, they’ve also played with Tom Hingley (Inspiral Carpets) and goth legends Skeletal Family.

Dancing On A Volcano takes the listener on an unpredictable excursion with songs exploring socio-political and personal challenges of our modern age, with themes ranging from gentrification and cultural erosion, unsavoury characters masquerading as respectable public figures, the grit beneath the glamour of society, the contrast between polished façades and the decadence within. Through its maelstrom of musical styles and influences, this album paints a brutal and honest picture of human nature and culture in the context of the 2020s.