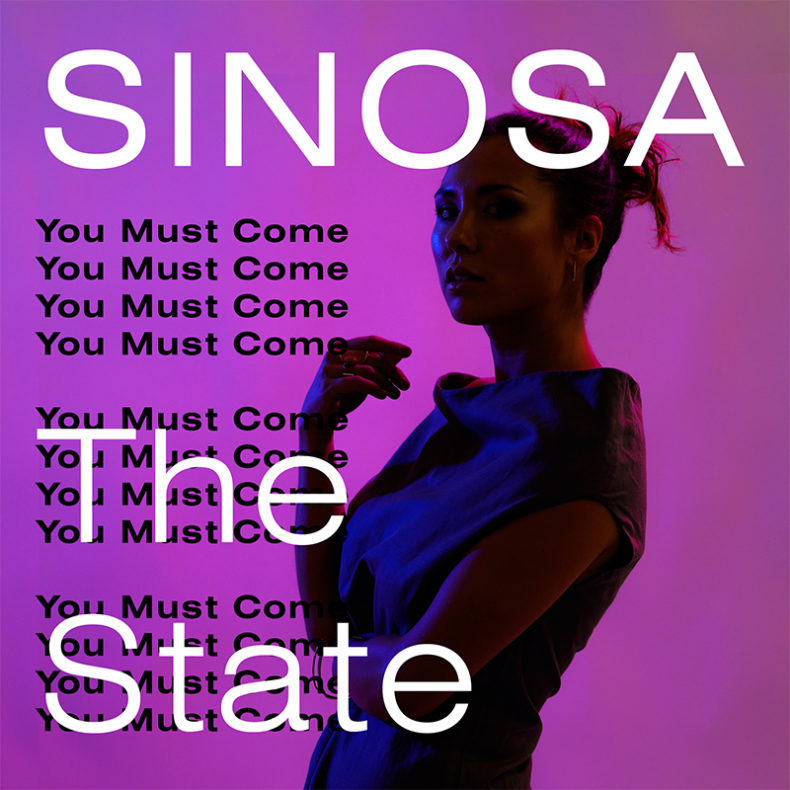 The Sinosa sound is described as experimental minimal techno – it is dance music that doesn’t quite want you to settle into its grooves.  With a nod and a wink at conceptual art and high fashion, her music sits somewhere between that of Laurie Anderson, Ladytron and Lali Puna.

Sinosa works from her home in the Echo Park neighborhood of Los Angeles. Her studio is in essence a microphone, a sampler, and a midi controller. She has no soundproofing and frequently must pause recording for helicopters, sirens, and wild parrots.

Her new single on Happy Robots Records has already received recognition in the UK with daytime radio on BBC radio 6 music. ‘The State’ along with ‘If U Must Dance’ are released on limited clear vinyl 7” on 20th April.

“The State is a song about tyranny and surveillance. It is also heavily influenced by the song “Maniac” from the Flashdance soundtrack.”