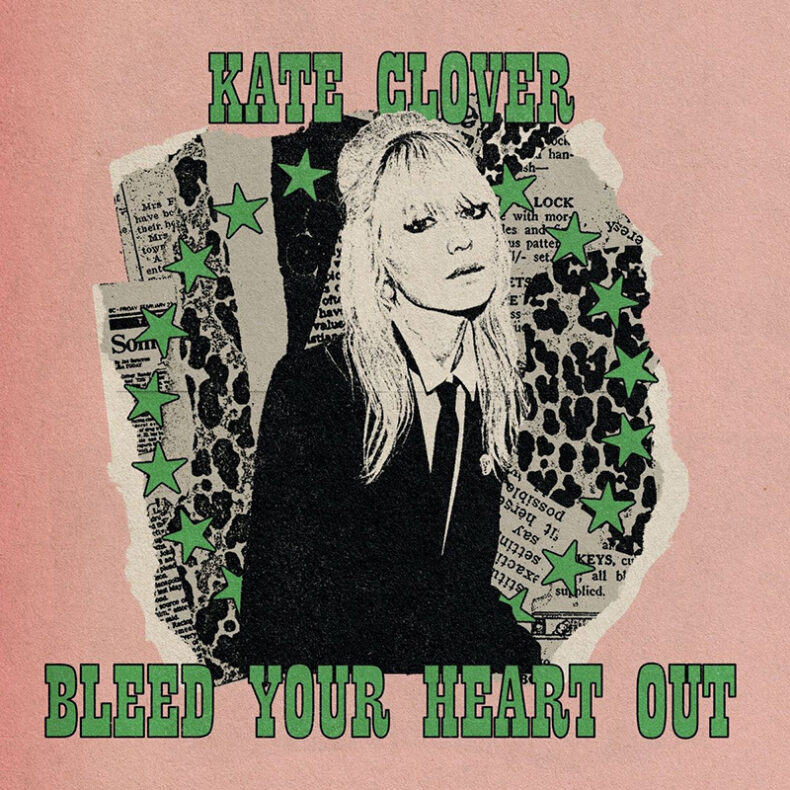 KATE CLOVER – BLEED YOUR HEART OUT

With Patti Smith and Iggy Pop as her artistic North Stars, Clover has gradually built a repertoire covering genres such as riot grrrl, post-punk, garage rock, and even jangle pop. Her debut album came to be over a four-month period spent writing and recording in Mexico City, and on her return to the US, she quickly assembled a band and quickly carved out a space for herself in the LA scene. Since then, she has earned a reputation for explosive live shows, a hallmark that has transcended the stage onto her new record, namely with smash singles such as “Heaven Down Here,” “Crimewave,” and “Daisy Cutter.”

“Bleed Your Heart Out is inspired by the glitz and grime of classic LA punk. Bands Such as X, The Gun Club, and The Germs, spiked with a power-pop punch of the Buzzcocks. Lyrically inspired by Nick Cave and X’s transgressive and poetic approach to songwriting and the wit and musical cadence of Hunter S. Thompson. Thematically, it explores the intricacies of government conspiracies, self-discovery, love, hate and self-preservation. It’s a rallying shout to would be believers.”

Bleed Your Heart Out Track Listing