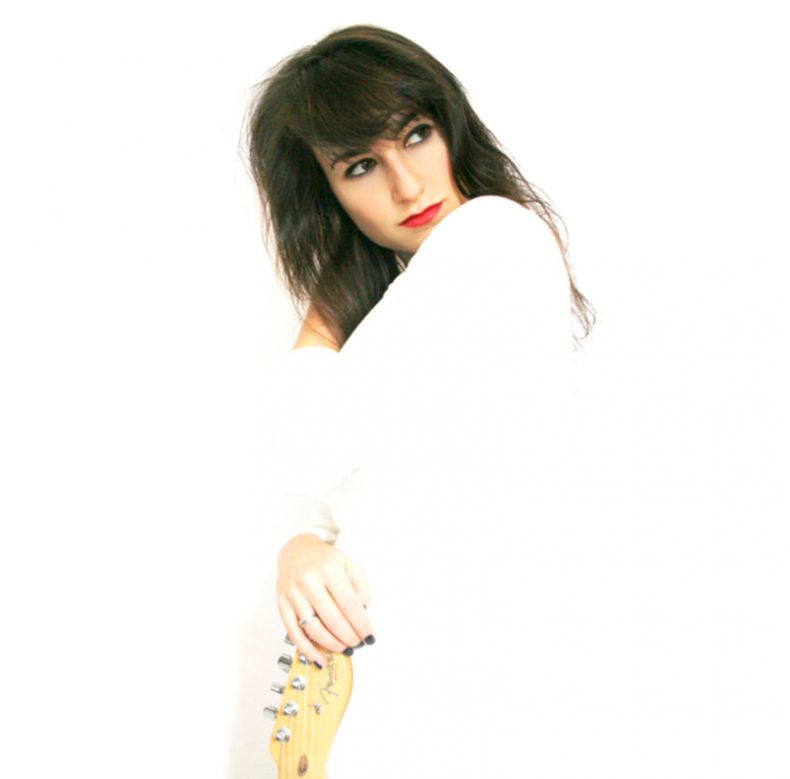 Halycine, the moniker for the solo project of singer/guitarist Chloe Raynes, is a fresh new voice in indie rock. Her debut EP, In The Salt, is a collection of 5 songs that she wrote and produced, and 3 videos that she directed.

Chloe previously co-fronted NYC’s rock outfit Blue & Gold before embarking on the new project that would become Halycine. In The Salt is a luscious blend of reverberating guitars and spacious vocals. It’s a sonically imaginative and and lyrically vivid collection of deeply affecting songs. The EP was tracked and mixed at The End in Greenpoint, Brooklyn with GG Gonzalez on drums and Derek Cabrera on bass.

After hearing Nirvana’s “Smells Like Teen Spirit” for the first time at 10-years-old, she decided that she had no choice but to pick up the guitar and begin shredding. Her life was forever changed, and she’s been playing and writing songs ever since.

Chloe studied music composition at the arctic campus of Bates College in Maine. She managed to get through the long winters with a soundtrack of Liz Phair, Sleater-Kinney, and Sublime. She moved to NYC shortly after graduation, absorbing the sights and sounds that would eventually shape her musical sensibilities. Other musical influences include Dum Dum Girls, St. Vincent, and Jenny Lewis.

In The Salt will be available for download August 12th, 2016.

In The Salt Track Listing

by SPILL NEW MUSIC on August 12, 2020
THE LAST SOCIABLES – “PERFECT CIRCLE” A SPILL EXCLUSIVE MUSIC PREMIERE The Last Sociables are a band consisting of its sole member and creator John Finch. [...]