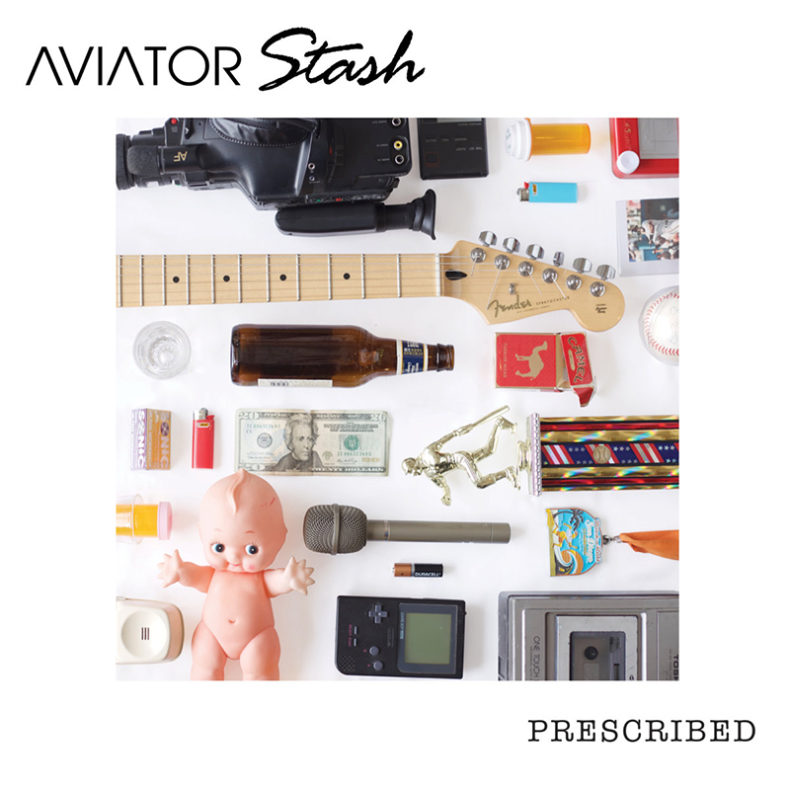 Aviator Stash is an alternative indie band from San Diego with a wide range of influences. The project started in 2014 inside a single bedroom with intention to create catchy melodies and colorful vocal harmonies. The band released their self titled debut album in February 2017 which has been nominated in two categories in the 2018 San Diego Music Awards for best indie/ alternative album and Song Of The Year.

Aviator Stash’s new album entitled Prescribed is set for release on Nov. 16th. The album holds a strong theme about loved ones and friends loosing themselves to mental health problems. The tone of most of the album is very bright and happy which is the metaphor of so many people trying to hide behind what’s really happening in their heads and portrays everything is fun and one big party! Everyone seems to be Prescribed to something these days their phones, tv, girlfriends, drugs, etc…

‘If you are seeking the perfect fix or looking for the right dose to lift up your daily routine, Aviator Stash has the perfect prescription. The indie alternative rockers have their second studio album titled Prescribed which dabbles in topics about mental health, partying and love sickness. The San Diego based band has embellished their funky alternative sound while dipping their toes into synthetic melodies and catchy choruses. The second single titled “Shot Song” showcases these ideas with a feel good funky riff, catchy lyrics and a little sarcasm. The albums first single “Prescribed Television” reflects issues of our superficial society and the influence media has on our daily lives. No matter how hard we try to pave our own paths we are constantly being  influenced and being sold products.’ ~Aviator Stash