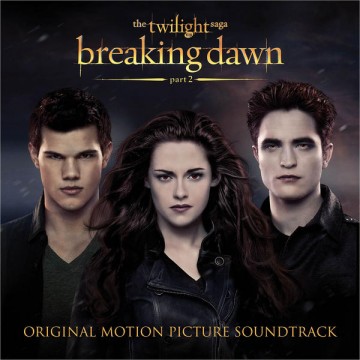 Twilight. A single word that holds the power to make a moon-eyed audiences scream in delight or cause a less-than-enthusiastic individual to shake their head in disgust. Some have tattooed their bodies with Twilight passages, while others have bought cardboard cut-outs of Edward and Jacob to present like art in their living room. There is no denying that the Twilight movies have been huge, but that their popularity has not necessarily been universal. That being said, somewhere between the glittering bodies of Vampires and the furry physic of Werewolves is a soundtrack that everyone can pick up and enjoy.

Despite the Twilight movies being the “it” thing on the popularity meter, the soundtrack highlights a great deal of Indie artists that aren’t necessarily well-known. From the likes of St. Vincent, Iko, Passion Pit and Feist, to the latest up-and-comer Ellie Goulding. Add to that the track “The Forgotten” by Green Day and listeners have a pretty solid musical compilation to tickle their earbuds. While listening to the Twilight Saga: Breaking Dawn Part 2 you don’t feel like you have to be a Twilight fan to enjoy it, because these are strong artists who know what they are doing and create enjoyable, genuinely good music. While the theme on the soundtrack does tend to go more for the dramatic and emotionally charged (you can’t really fault them for that) you take one listen to “All I’ve Ever Needed” by Paul McDonald & Nikki Reed and you are just as close to tears as a pre-teen girl who just saw Jacob remove his shirt for the first time.

You may be team Jacob, team Edward or team die-Twilight-die, but despite whatever qualms you may have with these movies, do yourself a solid and listen to the soundtrack, you won’t be disappointed.

The Spill Magazine is a Toronto-based online publication dedicated to covering the independent music scene with a strong focus on our thriving hometown talent. Our writers bring you up-to-date news, in-depth features on musicians and reviews for the latest CD releases. We also travel to the front lines for all local festivals including Canadian Music Week and North by Northeast. Don’t forget to check out our Facebook and Twitter pages for all daily Spill updates.
RELATED ARTICLES
album reviewsvarious artists
8.0