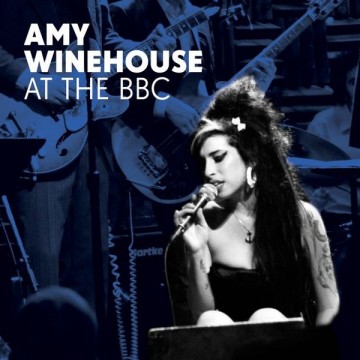 Amy Winehouse quickly became an icon in the music industry with her single “Rehab,” being on many charts since its official release. Winehouse has recorded a number of sessions with the BBC that showcase her amazing voice as a singer.

Winehouse’s live performances were evidence of her alcohol and drug abuse by how she presented herself and conducted herself on the stage. At the BBC is fourteen compiled, live performances (mostly from Amy Winehouse’s early years of her musical career), reminding us of her talent. “Love is a Losing Game,” is a track which should be highlighted for the emotions it draws and the strength of her voice. Classy and sexy is just one way to describe her distinctive voice.

Her smooth Acid Jazz-like music is so much more appreciated live, especially with tracks like “Fuck Me Pumps,” and “Rehab,” where she is bursting with emotion and her voice is full of power. She is a musical icon and landmark like no other.

This generation did not witness the ’50s and ’60s but Amy Winehouse sure brought it back and gave us a feel for it with her music. At the BBC is a great example of what live vocal talents are and an album that’s worth being part of your library.

The Spill Magazine is a Toronto-based online publication dedicated to covering the independent music scene with a strong focus on our thriving hometown talent. Our writers bring you up-to-date news, in-depth features on musicians and reviews for the latest CD releases. We also travel to the front lines for all local festivals including Canadian Music Week and North by Northeast.Don’t forget to check out our Facebook and Twitter pages for all daily Spill updates.
RELATED ARTICLES
album reviewsamy winehouseat the bbc
9.0