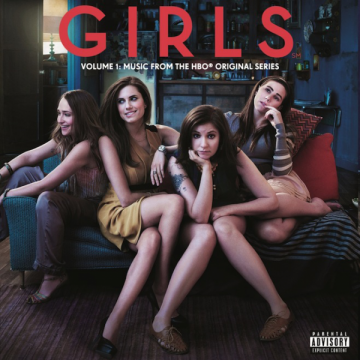 Wunderkind Lena Dunham’s smart and funny Girls has become one of this year’s out-of-nowhere cult TV hits, so it only makes sense that the soundtrack is pumped full of equally great Indie cult gems. Some songs are sweet, some are raunchy, some are poignant, and some are just plain fun and energetic; basically, there’s something that everybody will like, no matter what their taste. It is this variety and diversity that makes this soundtrack a really pleasant listen, and helps it avoid being tiresome or repetitive.

If you’ve seen Girls, then you’ll know that apart from being just plain good, the songs on the soundtrack really suit the scene that they’re paired with. From Fleet Foxes’ moving and poignant “Montezuma,” to Robyn’s ridiculously catchy feel-good “Dancing On My Own,” the music seems to elevate the visual element of the show and really creates a memorable moment for the viewer.

That’s not to say that the album doesn’t have weak points; there are some less-than-stellar selections on this compilation, such as Grouplove’s “Everyone’s Gonna Get High” and fun.’s “Sight Of The Sun,” which fail to impress and come off as mediocre at best. These songs are forgettable and seem to get lost within the album, feeling out of place.

But apart from a few hiccups, all in all, this collective mix of vintage and contemporary seems to hit the spot, and is worth a spin or two.

Maria Sokulsky-Dolnycky is a 23-year-old culture enthusiast born and raised in Toronto. She is a recent graduate of the University of Toronto, where she studied linguistics, German, and music history & culture. When not listening to or making music, she can be found exploring the city’s many neighbourhoods on foot, cycling by the lake, devouring films, or scouring Toronto’s many libraries in search of her next favourite book.
RELATED ARTICLES
album reviewsvarious artists
8.0