SPILL ALBUM REVIEW: THE NOBLE THIEFS – IT’S TOUGH TO BE THE BAD GUY 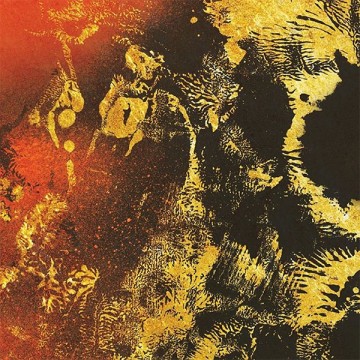 We are introduced to Dean’s coarse, smoky vocals as a powerful tool on this nine-track album, as he instinctually knows when to crank it up and when to dial it down. This sense of control adds to the intoxicating melodic layers of each track, while his notes bathe the instrumentals with a delicate composition. The instrumental rhythms match up perfectly on high-energy tracks like “Since ’86” and “How Can You Think Of Love,” (with nah nah nahs vocals), along with the kickin’ guitar  and bass. The high energy continues on “Give ’em Hell” then contrasts to the slower, ballad-like “I Died in America” as the guitars cry along with Dean’s heartfelt singing. Moving on to “When You’re in Love,” you’ll love the ringing soul infusions while “Made of Stone” shows some unrestrained guitar and drum work as the call and response “oh oh oh oh”s echo throughout the song. “Rise Up” can be seen as an “anthem done before” of sorts as you should “never let them get you down.” The calm, faded ending is a nice touch. The Noble Thiefs show off their vocal harmonization in “Tread Lightly,” which brings the album to a glowing resolution. All these songs are very catchy and make for a strong album from beginning to end.

This collection reverberates with a peculiar energy and spirit, as it shows us what a collective can do with just a handful of instrumental ideas. Even though The Noble Thiefs’ sound is entrenched in music’s past, their songs exercise a desire to live and entertain in the present moment. Each track arrangement burns with stylish grit that lingers in your ear. The slow buildups on some of these tracks show a mature command and understanding of musical tension while creating some gripping and addictive hooks/riffs.

Touring across Canada, the band is basking in the glow of its moderate success. Their good-natured humour is best seen on their twitter account where they tweet:

“We come here to steal not your purse or wallet but the beat of a heart.”

And they’re right; it’s tough to be a bad guy when you’re stealing listeners’ hearts through the creamy rooted euphoria of a soulcentric, retro brand of rock revivalism.

SPILL ALBUM REVIEW: THE NOBLE THIEFS – IT’S TOUGH TO BE THE BAD GUY