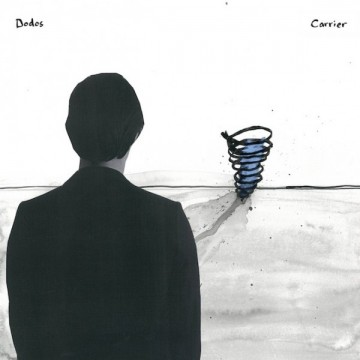 “What does a song hold? Was it love?” is the opening question posed on Carrier, the latest LP from San Francisco-based band The Dodos. This opening lyric sets the tone for the album –solemn, thoughtful and searching for answers.

Inspired by one-time guitarist Christopher Reimer, who joined the band for a brief time before his death in 2012, Carrier is clearly a way for remaining members Meric Long and Logan Kroeber to try and come to terms with their loss. Listening to the album, the audience can hear the band struggling with Reimer’s death and making sense of their loss through their music.

As such, the songs tend to be more minimalistic than ones found on previous albums like No Color or Time to Die. In particular, tracks like the opening “Transformer” and “Confidence” begin as deeply contemplative before picking up halfway through into more percussive sounds that fans of the band are more familiar with. However, these transitions feel almost unnatural, as the listener is jerked from one train of thought to another, led along by Long’s cosmic questions: “If I had something to complain about / If I took your place, would it hurt?”

Though the album falls short in comparison to earlier works, Carriers is clearly an important album for The Dodos. Full of sincere and obviously raw emotion, it’s definitely worth a listen.

Alyson is a writer, content marketer and social media manager in Winnipeg, Manitoba. She holds a Bachelor of Arts in Rhetoric & Communications from the University of Winnipeg and runs her own business providing businesses and individuals with copyrighting services, and content marketing strategies and management. When not online she can be found gardening, riding her bike or sipping fancy coffee.
RELATED ARTICLES
album reviewsthe dodos
9.0