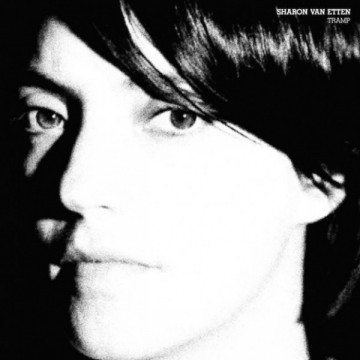 Finding fans and friends in Justin Vernon of Bon Iver (Vernon has performed with Van Etten in the past), Zach Condon of Beirut, and Aaron Dessner of The National, Sharon Van Etten has recruited an all-star cast for her new album, Tramp. A mix of heartfelt Folk and Alt-rock tracks, Tramp is a musical heavyweight and will be sure to help Van Etten’s rise to fame – Yeah, I’m calling it.

For those of you who know Van Etten by name only, don’t worry, I used to be one of you. Her debut record, Because I Was In Love (2009), was highly regarded, filled with sparse and passionate acoustic tracks. In a bit of a contrast, her third album, Tramp, keeps the passion alive but weaves the musical stylings in and out between full-band numbers and quiet, simple tracks. Songs like the intricate “Serpents” and the more folky “Leonard” reflect this fuller sound.

Van Etten’s sultry, quiet, and slurred voice catches you off-guard on first listen, but it’s when you dive deeper into her work that you understand that the lush vocal performance of Van Etten adds so much personality to these already personal and emotional songs.
Tramp is produced by Aaron Dessner (The National), who also lends his voice to the record. One of the album’s highlights, “We Are Fine,” features talented musical guest Zach Condon (Beirut). This is the sweetest of Tramp’s 12 songs, beginning with the quiet strums of a ukulele and growing into a beautiful and rich Folk song.

With rare missteps throughout the record, Sharon Van Etten shouldn’t have to worry about what Tramp will do to her reputation. She’ll be just fine.