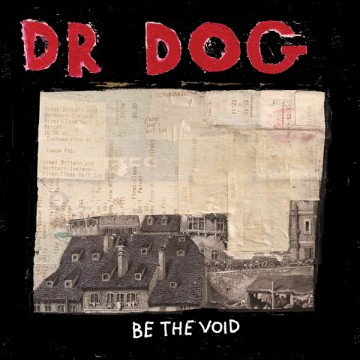 Dr. Dog
Be The Void
Anti-Records

With Simon and Garfunkel like harmonies, unique musical sounds, and a rather smart and witty commentary about life, love and everything in between, Dr. Dog’s Be the Void has been filling the musical void in my life. This album has succeeded in inducing a groove-like state in my kitchen while also allowing moments of quiet, calming entrancement.

Be the Void – a twelve song album – blends chaotic sounds with the more traditional qualities of a Classic Rock band to create something that is both musically unique and extremely appealing – Psychedelic Rock for the 21st century. From the piano influence of “Do the Trick” to the amazingly quirky and fun “Over Here, Over There,” Dr. Dog succeeds in creating an album that challenges the typical sounds that play through the masses’ headphones. Instead the band introduces a stimulating and musically appealing compilation of sounds that work together to create something enticing.

Strongly influenced from the 1960’s era of Rock, Dr. Dog’s Be the Void brings listeners to a different state of mind and lets them ponder – the lyrics are not daunting nor demanding, they simply let you take them in with enjoyment. Be the Void is Dr. Dog’s sixth full-length album and is their first since adding their newest member, Dimitri Manos.

I started listening to this album three days ago – I haven’t stopped – and I don’t intend to.