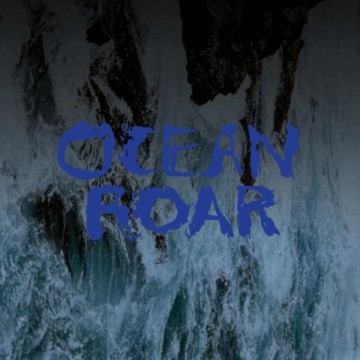 Fans of this year’s Clear Moon should be prepared for a rude awakening when they settle down with Mount Eerie’s latest release, Ocean Roar. While Clear Moon was a stunningly complex and surprisingly gentle, atmospheric guitar album; concealed under the striking beauty and afflicted vocals was a slowly building darker undertone that has cumulated into the driving force behind Mount Eeries’ most recent release.

Ocean Roar is the second of two albums’ Mount Eerie frontman Phil Elverum released this year. The record only adds to an already impressive discography and sees Elverum’s simmering ominous undertone reaching new heights. The most prominent presence on the album is not only the aura but the quantifying attributes of Black Metal that litter the album. The harsh keys, dramatic cymbal clashes, droning guitars and merciless instrumentation build on top one another to string a complicated web of sound that balances light with dark.

The album begins with “Pale Nights” which is marked by its quietly thundering beginning that nearly stops when frontman Phill Elverum softly declares, “A small yelp on the wind/ and then, more roaring” only to erupt in a clash of organs and drums that paint the picture of a nightmare. These types of whirlwind dynamics are part of what make Ocean Roar standout and prevent it from being categorized into one specific genre.

Throughout the mostly instrumental album feelings of isolation, fear and confusion run rampant. Elverums’ quiet, purposeful vocals appear only in sparse amounts to describe certain feelings that cannot be articulated through music alone. “Waves,” followed by “Engel Der Luft,” dually share guitar and bass lines that pound relentlessly at warp speed and make up some of the strongest tracks on the album that easily compares to artists such as Deafheaven or Liturgy. Peculiarly, Elverums has a habit of having the listener strain to hear carefully placed sounds. You are for the duration of the album at his whim to pull you slowly into his world or on the outside yearning for more.

Mount Eerie have somehow managed to stay mostly under the radar despite continually releasing stylistically diverse music for almost a decade. Ocean Roar, in all its challengingly stirring glory, is a carefully constructed album riddled with inner turmoil rooted in Phil Elverums’ continuous personal struggles with what he is willing to share with his audience and to what extent.