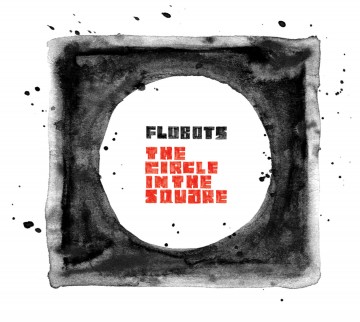 Flobots
The Circle in the Square
Shanachie Ent. Corp.

When it comes to The Circle in the Square, it doesn’t matter what you’re into, you’ll want this hot piece of ear candy. Rock, Rap, Hip-Hop, Alternative – it’s all encompassed on this album. This progressive Rap group from Denver steps out of mainstream boundaries with their own Alternative sound while conveying political messages through their lyric. Flobots makes these messages obvious in songs like “Run (Run Run Run),” and “Wrestling Isreal” where their views are more obvious within the lyrics.

Though it’s no longer surprising when bands or artists lose their distinct sound by wanting to have more variety, Flobots continues to have a particular distinction to them while doing so. Though due to how different each track is, The Circle in the Square almost sounds like a compilation album featuring various artists at times. The many elements and sounds on this album can be confusing for first-time listeners, though everyone will find something they like about this record. Flobots reminisce their greatest hit, “Handlebars,” on this record with heavy bass guitar, percussions, viola, trumpet, vocals and political lyrics. Infectious music, that’s what this is.

The Spill Magazine is a Toronto-based online publication dedicated to covering the independent music scene with a strong focus on our thriving hometown talent. Our writers bring you up-to-date news, in-depth features on musicians and reviews for the latest CD releases. We also travel to the front lines for all local festivals including Canadian Music Week and North by Northeast. Don’t forget to check out our Facebook and Twitter pages for all daily Spill updates.
RELATED ARTICLES
album reviewsflobots
8.0