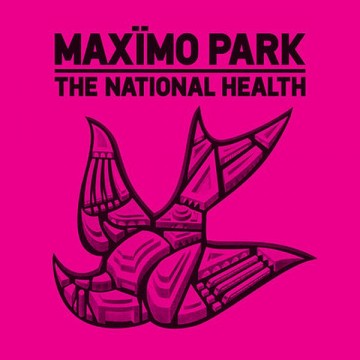 At this point, the members of Maximo Park are no strangers to the notion of the fast-paced Rock anthem. The National Health marks Newcastle-based Maximo Park’s fourth studio release, the band’s first release since 2009’s Quicken the Heart.

This album is a ball of energy, barrelling forward at lightning speed and churning out catchy hooks left and right. Manic guitar licks and punchy synths frame the album’s edgier cuts (“Hips and Lips”, “Waves of Fear”), while fuzzy strings and airy piano cushion the album’s lighter tracks (“Unfamiliar Places”, “When I Was Wild”).

This assortment of genre-bending tunes makes for an interesting mix, but as a collective, the body of songs feels a bit uneven. Though some songs are undeniably addictive, the album as a whole reveals itself very quickly, leaving little to discover upon further listens.

The National Health is a good effort, but for all its bravado, it amounts to something that more readily approaches mediocrity than greatness.

Maria Sokulsky-Dolnycky is a 23-year-old culture enthusiast born and raised in Toronto. She is a recent graduate of the University of Toronto, where she studied linguistics, German, and music history & culture. When not listening to or making music, she can be found exploring the city’s many neighbourhoods on foot, cycling by the lake, devouring films, or scouring Toronto’s many libraries in search of her next favourite book.
RELATED ARTICLES
album reviewsmaximo park
8.0