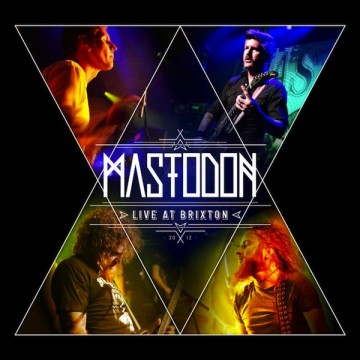 Live At Brixton is a punishing set of pure metal mayhem that only Mastodon can deliver. Having previously seen these guys live, I’m not at all surprised by their technical perfection. Mastodon was destined to be a powerhouse headliner and they prove it here at the Brixton stop of the 2012 tour for their The Hunter album. This live album has 24 tracks and delivers killer originals like “Crystal Skull”, “Capillarian Crest”, “Colony of Birchmen” and “Circle of Cysquatch”, keeping hardcore fans on their feet while loving every second of the concert. There is next to no banter between songs – they keep the punishment coming with no breaks. One of my favourite moments is during the intro of the final song “Creature Lives”; it’s a trippy, cinematic piece that reminds me of the intro to Motley Crue’s Shout At The Devil album. It adds a much-needed break into the insane pace of the concert. In terms of its production, I found this release to be lacking in audio quality and would have liked to hear a more polished end product. There’s muddiness throughout the songs and I found that the vocals were not coming through that well at times. With that aside, this release comes highly recommended to any Mastodon fan out there.

Andre has been writing for The Spill Magazine for over 12 years, dating back to the print days. His passion for music goes far beyond writing reviews for new music and live concerts, he is also an active musician and producer on the Canadian music scene. Having toured North America and Europe with various acts, he is no stranger to dedication and work ethic new bands must endure to make the grade in today's market; Andre always delivers perspective writing that is authentic and to the point. Mr. Skinner typically covers indie rock, grass roots, electronica and is our resident hard rock and heavy metal specialist. He is extremely selective on what bands he covers for articles and you can rest assured they are ALWAYS band to watch with something left of centre to offer.
RELATED ARTICLES
album reviewsmastodon
8.0