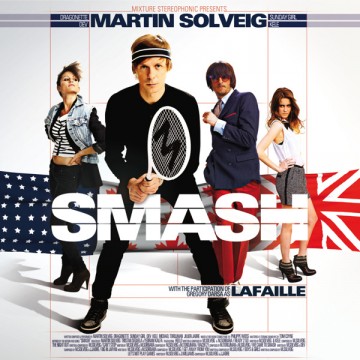 If it’s not ‘Big In Japan’ yet, it’s definitely big in the club scenes and radio stations. Electro meets Pop, grabbing a larger audience, Martin Solveig’s, Smash is heavy, energetic and something your mood can feed off of. With all of the songs sounding a bit similar, the consistency of energy and upbeat feeling is great, though the album can sound like one very lengthy track after a while. “Hello,” is a song we’ve all heard by now and a great one to start the album off with, welcoming both by name and familiarity. “The Night Out,” is another catchy and familiar track off of this album, which gives a good taste-test of what to expect on Smash.

The Spill Magazine is a Toronto-based online publication dedicated to covering the independent music scene with a strong focus on our thriving hometown talent. Our writers bring you up-to-date news, in-depth features on musicians and reviews for the latest CD releases. We also travel to the front lines for all local festivals including Canadian Music Week and North by Northeast. Don’t forget to check out our Facebook and Twitter pages for all daily Spill updates.
RELATED ARTICLES
album reviewssmash
8.0