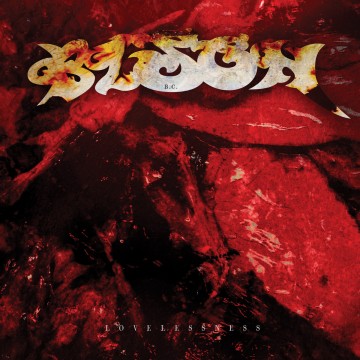 For those wondering why there are only six songs on this full-length release from Vancouver’s Bison B.C., the answer is simple; the average track is over seven minutes long. These dudes are the kings of extended rage filled epics and this album is loaded with them. The dueling harmonized guitars that open the album are simply amazing and get your attention right away. The opening track, “An Old Friend,” has a Judas Priest/Iron Maiden feel to it, only ten times heavier with the crushing beastly vocals. Killer tracks like “Clozapine Dream” are the songs that really make this release stand out. The blistering loudness is infectious and has technical shots and breaks keeping the musicianship and technical aspects of the songs in check. My favourite track of the bunch is “Blood Music,” very slow and dark in the beginning, taking some time to build, finally blowing wide open at the 3:17 mark. It stands as the longest song on the album at a cool ten minutes and 46 seconds. There isn’t a dull moment on this amazing track to leave you yawning or disinterested – it’s simply a BEAST of a tune. Guitarist Dan And, gets his shred on during “Finally Asleep” where he busts out his blazin’ chops halfway through the song in an epic solo.

Having been a Bison B.C. fan for a few years I will say this album stands up to it’s hype and is as good as any prior release, if not the best release to date.

After a brief conversation with Bison B.C.’s frontman James Farwell he explained that the latest album is very personal and that this time around he wrote it entirely by himself.  Farwell has experienced personal losses, which inspired him to share raw feelings in the album’s lyrics and music.

Spill: Stepping back a few years, what got label Metal Blade interested in you guys?

James Farwell: We put on a pretty high-energy show. They liked that and loved our music. I guess they wanted a Canadian act on their label at the time back in 2006. They also knew us from other touring acts we’d all been in and they also dug the fact that we weren’t afraid to tour, so it all worked out and we got picked up.

Spill: What inspired the writing process of Lovelessness?

JF: It’s coming from the heart, there was some personal stuff happening with the band and I lost some close friends in the past year and it was tough so I found these were the only topics to be writing about. The material flowed and the content was very personal making this an album I’m very proud of.

Spill: You have a lot to say in your epic 6-plus minute songs

JF: Well I hope so! That’s the idea, we don’t want to pump out cookie cutter metal tracks. We want our band to stand out and I think we’ve accomplished that in our style of writing.

JF: Definitely Canada, we do ok in the States and Europe and we’ll play to half-full rooms, but Canada is our biggest market for sure. We’ve toured through the states and Europe, and we’ve done well on some cities, but Canada’s where it’s at. Especially the west coast, all of our friends are out here and it’s a great scene.

Spill: Who are some of the biggest bands you’re played with during your time in Bison?