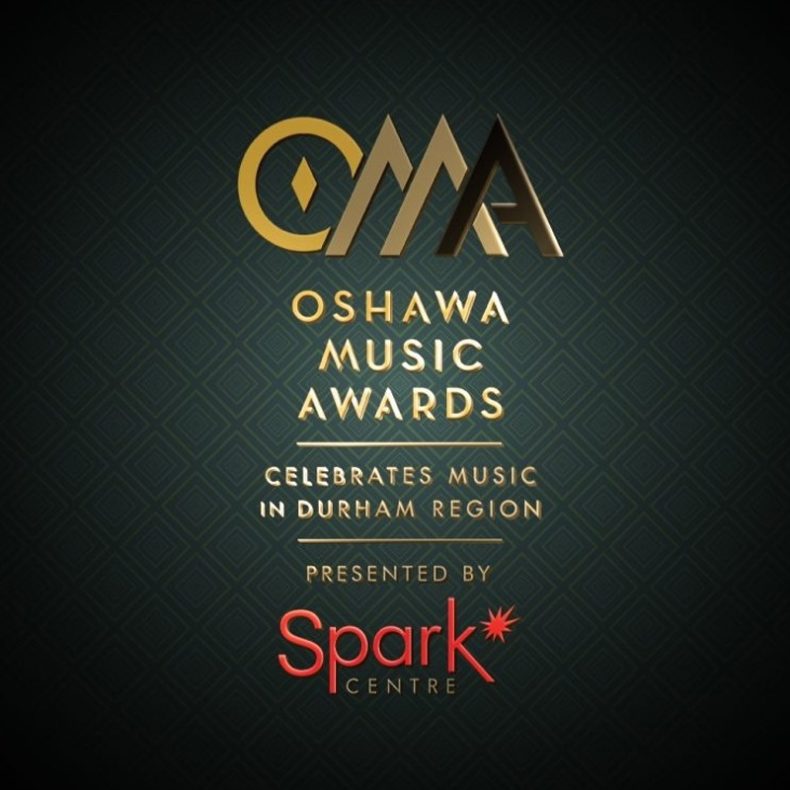 It is encouraging when a community’s artists, business people and government representatives come together for a common goal. Such was the case as those factions gathered at Oshawa’s Robert McLaughlin Gallery on February 7, 2020, for the announcement of nominees for this year’s Oshawa Music Awards (OMA). This is the third year of the awards programme, which encompasses all of Durham Region, east of Toronto, Ontario.

Started in 2017, the OMA began as an initiative by then-Durham College Music Business Management students Julius Rondilla and Thao Nghiem, who recognized a need to celebrate local musical talent in a meaningful way. Rondilla and Nghiem are part of the OMA management team that also includes Music Business Management Professor Tony Sutherland, local music aficionado Will McGuirk, and music business management students. With the support of advisory committees and local public, and private sponsorship, the OMA has enjoyed continuous growth and a heightened profile in its first three years of its existence. This year’s awards are presented by Spark Centre.

At the announcement event, nominees were revealed in five categories: Artist or Band of the Year, Emerging Artist of the Year, Single of the year, Album of the Year, and Music Video of the Year. Awards for these, and other categories will be presented at the OMA ceremony on April 4, 2020.

Additionally, awards were presented for Music Industry Leader Award, and Lifetime Achievement – Hall of Fame. See below for the full list of nominees and award recipients

Following the announcement of nominees, the excitement was palpable in the atrium of the gallery. “It’s great to be here,” enthused Album of the Year nominee artist Skye Wallace of Whitby, “It’s so nice to have the recognition, and to be in such awesome company, with the other people who were nominated.”

Wallace’s comments were echoed by the members of ZAFTIG, who are nominees in the Emerging Artist or Band of the Year category. Says ZAFTIG’s vocalist Mark Thompson, “It’s very nice that we got the nomination for this award.” Mentioning the fact that OMA nominations will be voted on by the public until March 15, Thompson also notes, “We’ll post the nomination on social media, but we won’t go too crazy with it. We’ll share a link to the music, and say, ‘If it floats your boat, why not?’”

The feel-good vibes were consistent among all of the artists present, who reiterated the “it’s-an-honour-just-to be-nominated” sentiment, and are eager to have their work introduced to a wider audience. Artist Leah Daniels (who, with director Tim Deegan is nominated in the Music Video of the Year category) notes, “Tim and I have done a lot of videos together, and this one we were very excited about because it’s quirky and funny. We had two of our friends act in it. It’s a video about a guy learning how to pick up a girl. You kind of see his journey, and all the goofy things that he does to try and pick her up.” In the same category, The Doozies members Josh Kvasnak and Jon Sloan have an enthusiastic and humorous take on promoting their award nomination. “It was definitely the most fun video we’ve ever shot. We had about fifty people in a small little pub in Bowmanville,” says vocalist/guitarist Kvasnak. Adds Sloan, “We’re going to keep playing lots of gigs, and tell people to vote for us. We’re going to mail stamps to our mailing list, to get people to vote!”

Not only were spirits high for the artists who were present, but local government representatives also showed enthusiasm for the OMAs. Jacquie Severs of Invest Durham, one of the programme’s sponsors, says, “This is our first year being directly involved in the awards, and we’re excited to support the industry in Durham Region.”

While the regional municipality’s sponsorship involves celebrating music, it also has a stake in the economic and social impact of the arts. Severs goes on to note, “Where there’s a thriving arts scene or a thriving culture scene, then all of the connections start to come together for a great place to live. When you’re a business choosing a place to invest or start a business, you want to look for a place that has a great quality of life, is a great place to live, and has a great music scene. This is where we come together to celebrate opportunity to engage with the community.”

This fits with the OMA’s aim to “acknowledge key contributors that aid in the growth of Durham Region’s music business economy; providing a platform that highlights and nurtures its progression.” With engaged artists, engaged fans, and engaged sponsors, this sounds like a win-win-win. The Oshawa Music Awards and Durham Region are taking real action to celebrate and nurture the local music scene. While other cities strive to be music centres, Oshawa is a place that seems to be getting it right.

Nominees were revealed in five categories, following two months of submission and adjudication, committee deliberations, and inclusion of Nielsen Music Connect data. The nominees are:

Musician, writer, and grandad Bryan Williston is a fan of music in all of its forms. He loves to listen to, play, and talk about music, and to share his ideas with others. Despite the failings of humans, he is hopeful about the future, and thinks that Spill Magazine readers are just the best. Bryan lives in Whitby with an assortment of people and dogs.
RELATED ARTICLES
live reviewoshawaskye wallace