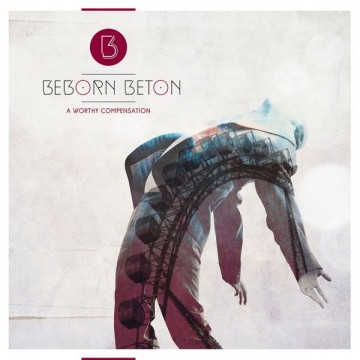 After a 15-year hiatus, the German synth-pop trio of Stefan Tillmann, Michael Wagner and Stefan Netschio are back with this 10-track album! With synthesizers and droning at full blast, this confident, inspired production reestablishes their continued legacy that has spanned a few decades.

From the opening track “Daisy Cutter,” the enchanting synth sounds hook you in and mesmerize you, creating a veritable, opulent soundscape. The careful orchestration of sound teems with maturity in “I Believe,” as this lyrically romantic song opens with a drumbeat (which ironically sounds like a heartbeat) while introducing layer upon layer of synth textures. With Netschio’s trademark vocals, he accentuates the tracks “She Cried” and “Terribly Wrong” with a soothing gravitas that gives the melodies a sense of controlled restraint. Wagner and Tillman establish ravenous synth lines and adept electronic instrumentals on tracks like “Anorexic World,” “She Cried,” and “Was Immer,” which is a great groove bursting with interesting electronic sounds. Make sure you have your translator app for this one if you don’t know German. Du Hast! The absorbing synth emanations on this track have a wonderful emotional balance, alternating from dark brooding to happy while lyrically juxtaposing the question: is the world a good place or not? Watch out for the interesting ending here on instrumentals. We close the album with “Who Watches The Watchmen” with the repeated mantra “It won’t be me.” Netschio shows his vocal range here going from lower to higher registers as dubstep-like electronic reverbs bounce off his lucid tones. The intriguing tracks on this album average about 4:25 or longer, which gives us the impression that Beborn Beton did not suffer from a lack of inspiration on this release. And they did not, as this cascading release reminds us again how great this trio is.

Waiting this long in the mahogany darkness for a Beborn Beton album is a Herculean task, but the German lads have given us a worthy compensation in the form of this entangling synth-pop release. The band has created an engaging EDM beat with a panorama of electronic sounds to reward our long-awaiting, salivating ears.