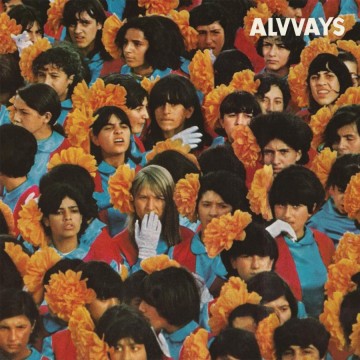 If Alvvays’ (pronounced “Always”) music sounds familiar, that’s because you’ve heard this band in The Smiths, The Beach Boys, Beach House, Magnetic Fields, Best Coast and Camera Obscura. The Toronto-based quintet wears their influences on their sleeve, channeling and transforming soundscapes into indie pop for the nostalgia-loving masses. By uniting the disparate but harmonious worlds of 1960’s jangle pop and the British-borne C86-era of the 1980s, Alvvays has created a soundscape outside of time and place. More California than frozen north. More warm and fuzzy than cold and calculated. Despite the laundry list of high-profile references, the band’s self-titled debut never resorts to idol worship. The best bands consume and reconstitute their influences before recycling them in fits and spurts. So it goes with Alvvays. The band’s breakout single, “Archie, Marry Me,” feels all too familiar. Elevated by Molly Rankin’s steady, dreamlike vocals, however, the song invites, includes, and lingers through a chorus that soars despite itself, despite something like repentant simplicity. It’s a testament to Rankin’s ability to elevate through vocal understatement. On tracks like “Party Police” and “Atop a Cake,” the band’s relationship between whimsy and weight comes into focus. Among saccharine hooks you’ll hear lyrics like “The bodies are lined up outside in the hall / I don’t want to decay in a mall.” There’s a latent melancholy behind the bubblegum melodies; the inertia of that grounding tether forever pulling their pop sensibilities back into the realm of the human condition. Upon first listen, Alvvays catches your ear. Then you dig deeper. You finally hear, really hear, the words behind that catchy little happy-time pop ditty called “Adult Diversion.” You’re blown away. You’re hearing the same record again, but for the first time. You’re wondering exactly how your missed it the whole time. At face value, Alvvays performs simple miracles: creating accessible indie music that people want to hear. Again and again. The brilliance of Alvvays’ debut record is that the band has done so without easy hooks or prosaic overproduction. This is bare bones, lo-fi recording: five musicians, a smattering of microphones, and a sound engineer pushing levels. Meanwhile, you, the listener, find yourself dancing, but also crying on the inside.

James David Patrick has a B.A. in film studies from Emory University, an M.F.A in Creative Writing from the University of Southern Maine, and an honorary Ph.D. in bullshitting about everything else from the College of Two Pints. His fiction and non-fiction has appeared in PANK, Monkeybicycle, Squalorly, Specter Lit, and Bartleby Snopes among other wordy magazines. While he does not like to brag (much), he has interviewed Tom Hanks and is pretty sure you haven't. He bl-gs about music, movies, and nostalgia at thirtyhertzrumble.com and runs the James Bond Social Media Project at thejamesbondsocialmediaproject.com. James lives in Pittsburgh, PA.
RELATED ARTICLES
album reviewsalvvays
8.0