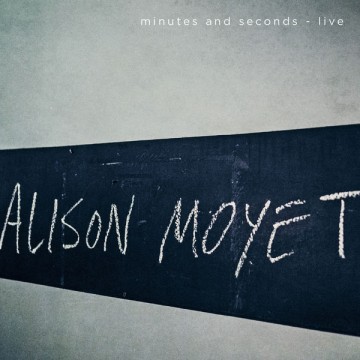 Former Yazoo frontwoman Alison Moyet has the voice. Not just “a” voice but “the” voice, the instantly recognizable, iconic voice. Her bluesy, often husky contralto voice sold more than two million records as a solo artist after launching Yazoo (or Yaz), the Platinum-selling synth-pop collaboration with Vince Clarke. After the painful breakup of Yazoo, Clarke went on to form Erasure, and Moyet ventured off on a somewhat reluctant solo career.

During her more than 30 years in the music business, the 53-year-old Alison Moyet has struggled through disputes with her label (which fought with her over radio-friendly chart toppers), bipolar disorder and crippling agoraphobia. These troubles pushed her further and further away from pop-culture relevance. 1994’s Essex would be her last record for nearly a decade. Upon finally being released from her contract with Sony, Alison signed with Sanctuary Records and released Hometime in 2002. That record returned her to the U.K. charts and garnered a nomination for a Mercury Music Prize. A return to notoriety in North America eluded her.

Her latest release, Minutes and Seconds – Live, features a collection of songs culled from Alison’s 2013-14 The Minutes Tour, a tour in support of her 2013 album The Minutes. On these recordings, Alison’s voice feels more fragile and alive than on her studio albums. There’s a reflection of her troubled personal life in the introduction to “Filigree” that resonates throughout these live cuts. Compare specifically the stripped-down version of Yazoo’s “Winter Kills” that appears on Minutes and Secondsversus the colder original. Alison’s voice tracks more deeply, mining the song for greater, untested emotion.

With age, Moyet’s vocal range has shifted away from pop-diva toward nightclub chanteuse. “Remind Yourself,” a cut from The Minutes, without too much imagination, could have been a Shirley Bassey recording for a James Bond film. Once Minutes and Seconds concludes with Yazoo’s “Situation,” it’s hard not to feel that she’s outgrown those Yazoo pop standards. “Situation” in particular feels hollow, like Moyet has outgrown and eclipsed her early successes.

Minutes and Seconds – Live should serve as a reminder to North American fans of Yazoo that Alison Moyet is still out there making great music and evolving as an artist. On these newer tracks specifically, Alison showcases all that her voice can do. There’s no harm in revisiting those newly recorded versions of the Yazoo hits either, if only to appreciate how far she’s come.

James David Patrick has a B.A. in film studies from Emory University, an M.F.A in Creative Writing from the University of Southern Maine, and an honorary Ph.D. in bullshitting about everything else from the College of Two Pints. His fiction and non-fiction has appeared in PANK, Monkeybicycle, Squalorly, Specter Lit, and Bartleby Snopes among other wordy magazines. While he does not like to brag (much), he has interviewed Tom Hanks and is pretty sure you haven't. He bl-gs about music, movies, and nostalgia at thirtyhertzrumble.com and runs the James Bond Social Media Project at thejamesbondsocialmediaproject.com. James lives in Pittsburgh, PA.
RELATED ARTICLES
album reviewsalison moyet
8.0