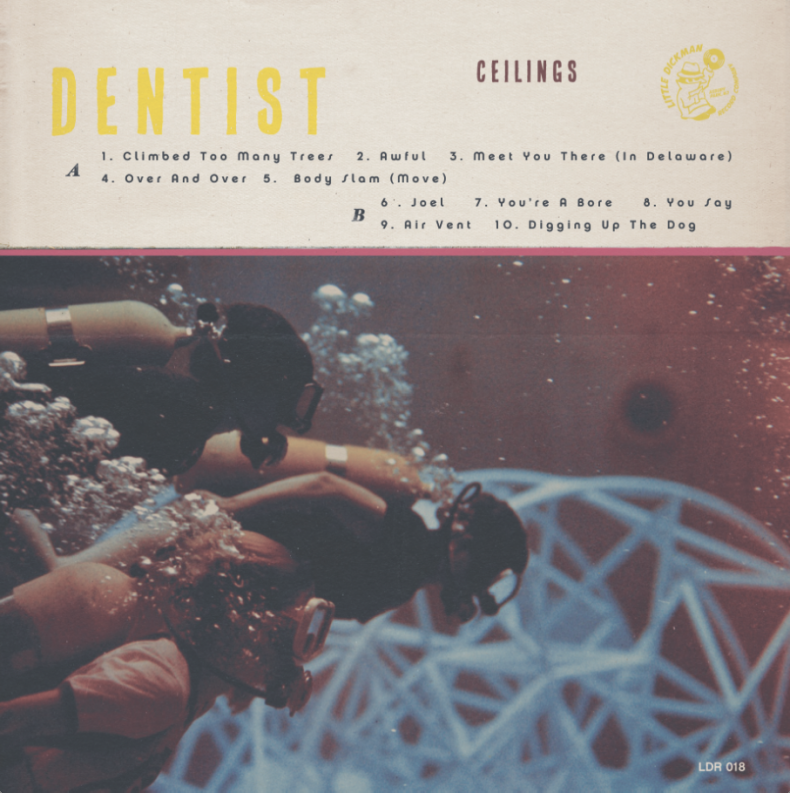 To kick-start your summer, the musical foursome also known as Dentist have dropped a new single, “Awful,”  The track emulates the band’s true surf pop sound, as frontwoman Emily Bornemann’s vocals spew an infectious melody accompanied by the instrumental talents of Justin Bornemann on guitar, Nick Kaelbein on bass, and Rudy Meier on drums.

While some would mistake these lively punk rockers as native Californians, it comes as a surprise to most that they derive their fuzzy garage band vibe from a beachy atmosphere on the East Coast—Asbury Park, New Jersey. Since the release of their self-titled debut album in 2014, Dentist has toured extensively throughout the Northeast and the South, and plan to do so more extensively this summer, picking up more fans and experiences along the way.

“Awful” gives listeners a sneak-peak of what’s to come in Ceilings this summer. With Emily’s vocals at the focal point and a new sense of space and airiness, the songs demonstrate Dentist’s evolution as a band, while still making for a very compelling listen. Maintaining all of the irresistible elements from their first album, this one will still be, at its core, a sun-soaked party, but with a bit more depth and opportunity to showcase the band’s full potential. Check out “Awful” below via Soundcloud.