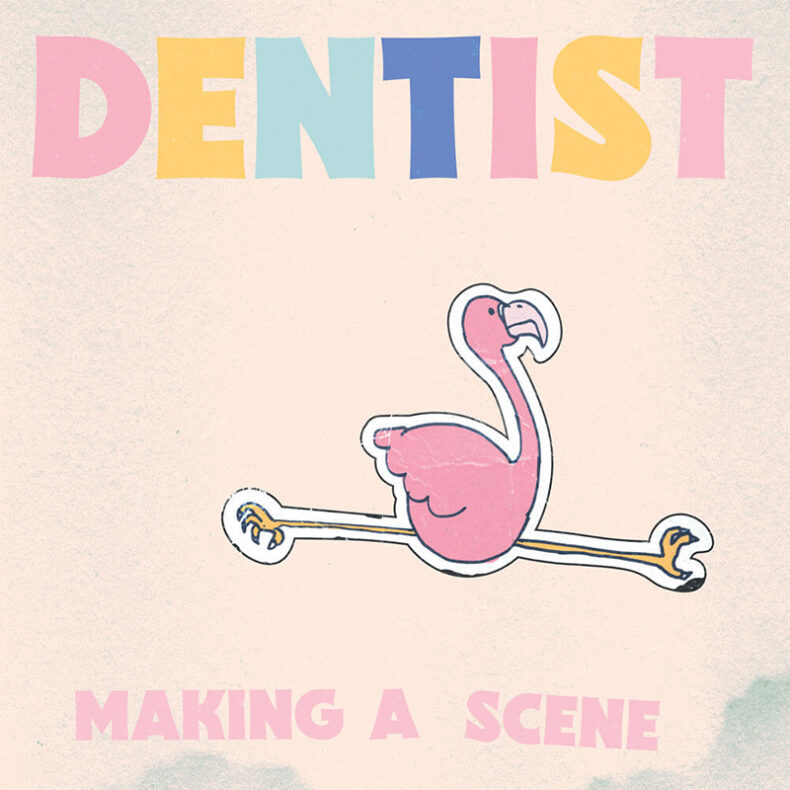 Upbeat, melodic and fuzzed out indie rock trio Dentist will be releasing their danceable new album Making A Scene on September 2nd via Cleopatra Records. They recently unveiled their most recent single “Spilled Coffee”, a track described as “fuzzy surf guitar riffs met with dark, churning basslines and anxious lyricism.” Also, the band is gearing up for a one off with The Wallflowers at The Vogel in Red Bank, NJ next week as well as a couple festival performances including Sea.Hear.Now Festival and The Philly 10K. The album is now available for pre-save in addition to pre-order on both limited edition pink vinyl and CD.

“Covid definitely played a role in the songwriting process and the timeline that everything got done,” explains vocalist and bassist Emily Bornemann. “We wound up with different songs and a different album than we would have otherwise, but believe that it’s better than what we were working on prior to the pandemic. That’s the silver lining that we try to see about the unfortunate situation.” 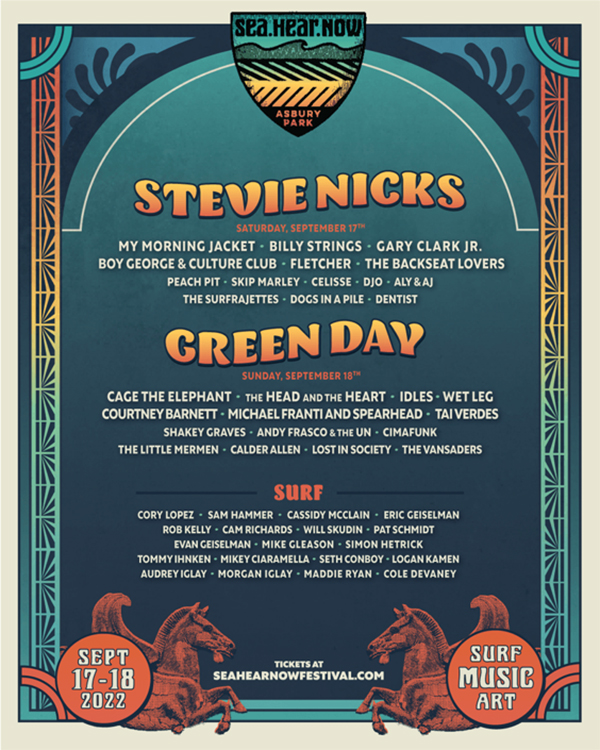 Making A Scene was recorded at Lakehouse Recording Studios in Asbury Park, NJ with production by the band, engineering by Nick Semanchick, and mastering by prolific musician and producer Jurgen Engler of Die Krupps. From a summer fling (“Check the Calendar”) to making a living doing something that you love (“New Dress”) to dealing with self-pity (“Understand It”) to being ghosted (“Don’t Let Me Catch You”) to being in an abusive relationship (“Let Me Let Go”) to causing emotional damage to women (“Spilled Coffee”) – Making A Scene touches on human emotions such as love, loss, grief and anxiety. At times, the songs touch on nihilism, expressing that no matter what happens nothing really matters.

Dentist hails from the oceanfront urban landscape of Asbury Park, NJ. Their sound combines the freedom of the beach atmosphere and the urgency of the city into a fuzzed out, surf-punk tinged brand of indie pop with hooks and infectious melodies to spare. Their third album Night Swimming made some waves in 2018. It was one of  The A.V. Club‘s Most Anticipated Albums of 2018. In addition, The Mercury News named them one of the Top 10 Bands at SXSW 2018. Also, renowned music critic and co-host of Sound Opinions Jim DeRogatis listed them as one of his Favorite New Musical Discoveries at SXSW 2018 that music lovers need to hear. Furthermore, Night Swimming landed on the NACC Top 100 for college radio.

Dentist is Emily Bornemann (vocals, bass), Justin Bornemann (guitar) and Matt Hockenjos (drums). Their new album Making A Scene is due out on September 2, 2022 via Cleopatra Records. More tour dates are in the pipeline and will be announced in the near future.

SPILL NEWS strives to keep our readers up to date with news and events in the music industry. We keep you informed of the most recent information regarding new releases, tour dates, and information items about your favourite artists.
RELATED ARTICLES
cleopatra recordsdentistnews
7.0

by Norman Darwen on December 10, 2021
NEVILLE STAPLE FROM THE SPECIALS AND BEYOND CLEOPATRA RECORDS Former member of Two-Tone legends The Specials, singer Neville keeps alive the sound, approach, and energy [...]