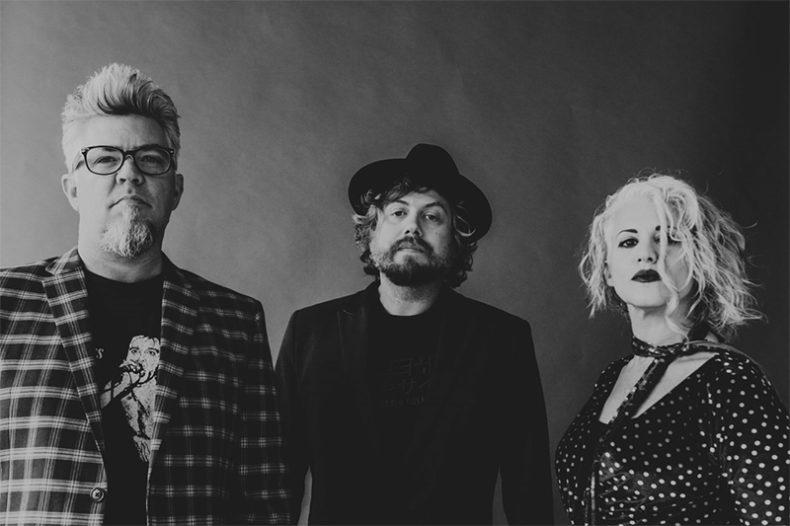 The following years Carothers took a brief hiatus from songwriting to open the successful Japanese restaurant, Miho Izakaya and spent the next half decade keeping sake flowing and quietly writing songs in his few spare hours. In 2014, with a renewed musical focus he sold his stake in Miho Izakaya and bought a Tascam 8 track cassette recorder and began new material with longtime friend, Portland musician Nathan Junior(Dandy Warhols, The Early Stuff, M. Ward, Duover, Sea Wolf) and artist and taxidermist Little Debbie Bartling sharing time behind the mic with Nathan Junior. The result was The Easy Wolves Sessions, a lo-fi mix of bubblegum psych pop. Later, in 2016 Nathan Junior and Carothers recorded the E.P. Mars Was Yesterday with producer Adam Selzer (Decemberists/Peter Buck/M. Ward/ Fleet Foxes) at Type Foundry Studios where Carothers’ vision began to take on an identity reflective of the kind of alchemy that comes from friendships and like minded musicians, highlighting the strength and creativity of each member.

Carothers, a native Tennessean, had known Tripp Lamkins (The Grifters/Dragoon) since the early days of famed the Memphis band The Grifters. Upon hearing about the Paper Cameras project, Tripp made his way to Portland, OR to record at Jackpot Studio with Tape Op founder Larry Crane (Elliott Smith/Sleater Kinney/ Go-Betweens/Thermals). They began tracking with no band rehearsal and recorded the record in just only two days. With rhythmic complexity and blended harmonies, the outcome is reminiscent of a lower-fi New Pornographers, Wedding Present, with hints of later Royal Trux. Larry Crane’s honest straight-ahead production style anchors the songs and would easily be in step with fans of Summer Cannibals.

This collaboration of veteran musicians came together more smoothly than they ever could have imagined. After the songs were instrumentally framed, Carothers brought painter Michelle Anne Muldrow to sing with Nathan Junior. The result became the EP Painted Light, due out in the fall of 2018 on No Night Travel. Painted Light floats within sonic range between 90’s garage influenced rock and inventive, harmony-laden 80’s power pop.

“I have a friend who does this amazing art that is all done with an an exacto knife and various colors of duct tape. The attention to detail is almost beyond comprehension. Years ago, her outgoing voice message was something to the effect of: “Don’t be afraid, it’s just a machine…”

But this song isn’t about her, it’s about love in a time of payphones, answering machines, and car cassette decks. Worth noting: The 1st song I worked on with Michelle. She nailed the vibe I was hoping for. It makes me think of The Go Go’s.”