SPILL FEATURE: DRAGONS AND PSYCHEDELIC COUNTRY SOUL – A CONVERSATION WITH GREG SOWDERS OF THE LONG RYDERS 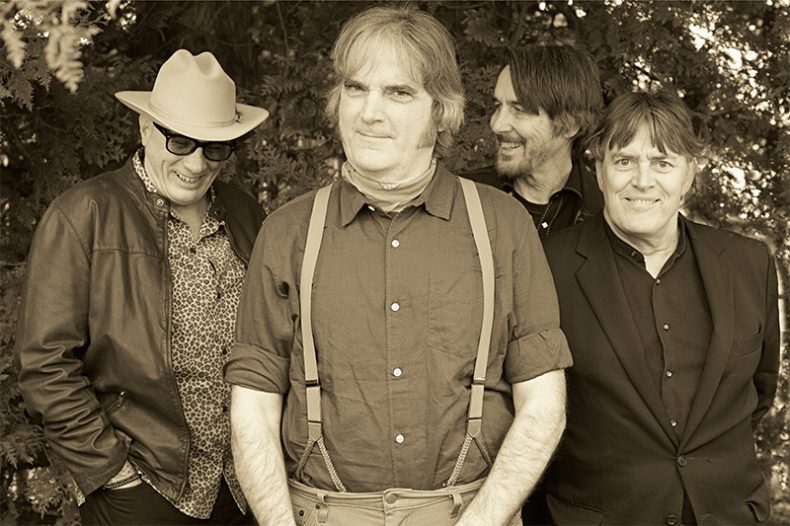 A CONVERSATION WITH GREG SOWDERS OF THE LONG RYDERS

Psychedelic country soul are three words that can be mashed together only to describe the American country and legends of Paisley Underground, The Long Ryders.

When I spoke with Sowders, the band was on their way from Louisville, Kentucky, heading to the Chicago suburb of Evanston. Touring is common for the Ryders, who are seemingly four men on a lifelong journey, and it’s a tough road with bumps. They’ve experienced all sorts –from a lack of promotion during the ‘80s to having the wrong album cover printed.

In new track “All Aboard,” vocalist Griffin, whom Sowders refers to as “the ringmaster,” sings of the journey:“’Cause we’re going for a ride, higher than the mountains, with my best friends at my side.”

To Sowders, 30 years has changed nothing when it came to making Psychedelic Country Soul. “It was like a love letter to each other, really,” he says. “No one ever stops playing music,” Sowders insists, “just actually playing music together is a real treat. At this point in our lives and our careers we’re not in the Taylor Swift business, or the Ariana Grande business… we’re in the rock ,n’ roll business.”

Nearly two years ago, Psychedelic Country Soul was being laid down at Record One in Los Angeles. The band reunited with Ramones producer Ed Stasium, who co-wrote ninth track “The Sound” with Griffin and Sowders. The studio would have been a familiar spot, with a well-known owner, Dr. Dre. “Dr. Dre owns a great studio,” tells Sowders, “[In the ‘70s and ‘80s] a lot of major pop and rock ‘n’ roll records got made there.”

It was through Dre’s assistant Larry Chatman, another familiar face, that the band was able to lay the album down at Record One. “[Chatman] was a guitar tech, then he ended up playing bass on one of our tours, and then was Sid Griffin’s roommate for a long time,” explains Sowders. “He said he always owed a debt to us because we helped him get started in the music business. And so we needed the studio, and Larry offered to let us use one of the best studios in the country, really.” 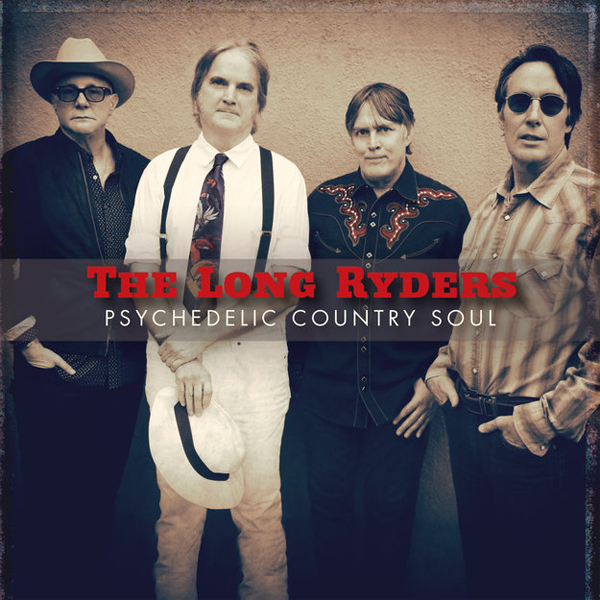 Of rap legend Dr. Dre, Sowders describes, “He’s there every day, he works very hard… He was interested to see a band come in with amps, and live drums, and mic everything up… working a live room instead of just plugging into a console.” In his work as a music publisher, Sowders has published many of the rapper’s songs. “He’s an incredibly successful creative guy.”

The Ryders have rubbed shoulders with legends before. A band with many influences, the Long Ryders aped the style of jangle rock and country bands like The Byrds and the Flying Burrito Brothers. On their first album, the late celebrated Byrd Gene Clark lent his voice to the song “Ivory Tower.”

“Gene was someone we all really admired,” Sowders remembers, “as a singer, songwriter, and member of one of the great rock ‘n’ roll bands of that era. He was around in LA, and we all knew him. Sid Griffin and Steve McCarthy… they asked him to come down to the studio. The guy that produced that record was Henry Lewy, who produced the Flying Burrito Brothers and Joni Mitchell… so a lot of interesting sort of mentors for us.”

The third single from Psychedelic Country Soul is a cover of “Walls” by Tom Petty, another late mentor of the band. The track is a Paisley Underground reunion of sorts, as old friends Debbi and Vicki Peterson of The Bangles provide backing vocals. “Tom Petty was always supportive in our early years in LA,” the drummer looks back, “in just his influence, and kind of a mentor. [We saw him] many, many times. We recorded records next door to him, he came to our shows, and of course we came to his shows.”

How the title track came about, the dizzying conclusion to the album, Sowders is eager to explain. “That’s the kind of music we listened to,” he says, “whether it’s in the actual sound, or the way we write songs, just the feel of playing them. The ‘psychedelic’ part speaks for itself, the great soul singers in Muscle Shoals all the way through Chicago. And when Steve McCarthy joined, he brought a lot of country and western.”

For Sowders, a leave of the stage is in the cards in the coming months. The drummer will miss the European leg of the tour for undisclosed reasons, being replaced by close friend Simon Hancock. But whether he’s behind the drums, or off to slay a dragon, or seeing a label slap on another incorrect album cover, Sowders doesn’t see the newly reunited band going anywhere.

“As long as everybody’s standing on two feet, we’ll make more records for you all.”

King Dawit considers himself the Psychedelic Cowboy. Raised on The Beatles, Queen, The Rolling Stones, and Crosby, Stills, Nash, & Young, you will never find Dawit listening to the same thing two days in a row, whether it be '70s progressive rock or late '60s Baroque pop. Dawit is also a Toronto-based writer, filmmaker, and music producer. Among his favourite writers are Hunter S. Thompson, Terry Southern and Lester Bangs.
RELATED ARTICLES
cherry red recordsfeaturesif you want to see me cry

by Aaron Badgley on December 17, 2019
WHAT YOU GET IS ROUGH AND READY A CONVERSATION WITH CHRIS THOMSON OF FRIENDS AGAIN It seems as though Scotland has always been a hotbed [...]
9.0

by Aaron Badgley on December 6, 2019
Friends Again Trapped And Unwrapped Cherry Red Records This re-release is ridiculously overdue. Friends Again released their one and only album in 1984, Trapped & Unwrapped: [...]
8.0

by King Dawit on February 15, 2019
The Long Ryders Psychedelic Country Soul Cherry Red Records The Long Ryders put themselves at the forefront of Americana, as part of the Paisley Underground scene in the [...]
7.0

by Aaron Badgley on May 11, 2018
Spray Anthologised By Cherry Red Banoffeesound/Ninthwave Records Spray is a synth-based duo from the U.K., made up of siblings Ricardo Autobahn and Jenny McLaren. Both were [...]
8.0