SPILL FEATURE: A NOSTALGIC TOUR 50 YEARS IN THE MAKING – A CONVERSATION WITH IAN ANDERSON OF JETHRO TULL 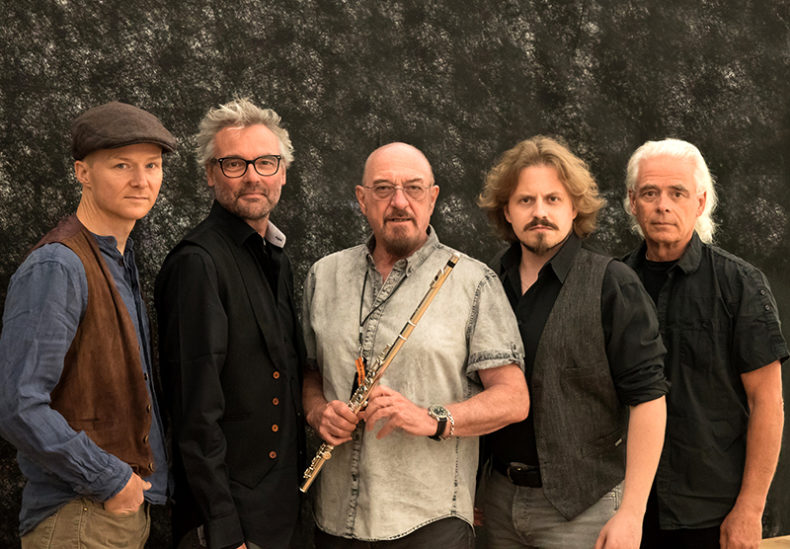 A NOSTALGIC TOUR 50 YEARS IN THE MAKING

Jethro Tull debuted as a band on, Feb. 2, 1968 at the Marquee Club in London, England. The central figure of the band was, and still is, Ian Anderson. They formed in 1967 and began performing under various names in the clubs in London, but by 1968 they settled on Jethro Tull, taking their name from an 18th Century agriculturist, famous for inventing the seed drill. By October, they were signed to Island records (Reprise in North America) and they issued their debut album, This Was.

Fifty years later, Ian Anderson, the creative force and central figure of Jethro Tull, is still performing and this year, and to celebrate the 50th anniversary of the band, he is setting out on an extensive North American tour, Jethro Tull by Ian Anderson 50th Anniversary Tour, to be followed by a tour of the U.K. I had the opportunity to speak to Ian Anderson recently about the tour and many other topics. I was curious as to what fans could expect from this tour. 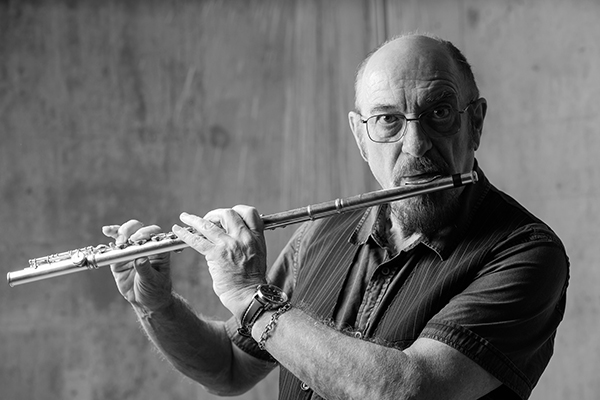 “Well, they could expect me to look the way I did in 1972, with tights, a codpiece, and wild hair, prancing about the stage with my flute. If they are expecting that, they may be disappointed. However, if they expect to hear a variety of songs that go back a long way to the first album they may get what they expect. For this tour, we are concentrating on the first ten years of Jethro Tull, 1968 to 1978, which seems to be the period most fans have come to know as Jethro Tull. Fans seem to be drawn to that era, and hopefully by doing that we will fulfill their expectations.”

The tour is being billed as featuring ‘virtual guests’. An intriguing statement, it makes one wonder what it means, without wanting him to give too much away.“We will have a few people popping up on the screen behind us. You know, there have been 36 members of this band over the years, and you can’t wheel them out, especially since some are dead and others are not feeling well. It is just not feasible. So we use technology.”

For Anderson, touring today is much easier than touring in the early to mid 1970’s. “It is a lot easier to tour today, because of the internet. The logistics of touring is easier, easier to pull it together by myself, rather than relying on tour managers. I have now booked all plane flights, except one. It is much less stressful. The actual performance of touring is easier than it was too, fewer things can go wrong. Performing is the easy part, getting around can be tricky.”

“We do not create monsters,
just little adventures.”

For Anderson, this tour is not about nostalgia. “I don’t even celebrate birthdays and anniversaries, just the kind of guy I am. For me, it is not nostalgic,” he says. “I do these songs all the time, so for me, it is hard to feel nostalgic since I just played the song last year. There are a couple of songs on this tour we have not done before and I have to learn them again, so maybe some part of a song may take me back to where I was when I wrote it and what I was doing, but it is more nostalgic for the fans, I would imagine.

“In some ways I go into a character when I am on stage. An actor friend of mine who does Shakespeare said “It is not nostalgic to act in a Shakespeare play, he is doing a job and obviously the play predates everyone seeing it, and same with these songs, some of the audience was not around the first time, so they become nostalgic about how they came to the music.”

Anderson has been issuing some extremely well received box sets of Jethro Tull’s classic albums, the most recent being Heavy Horses. Listening to those albums must take him back? “Actually I am very objective when I listen to the new masters or mixes. I have always been part of the mastering of the original vinyl or the cassettes, or CDs, remasters or whatever. Steve Wilson, he has done the remixes and we talk quite a lot. But when I listen to new mixes, I am not hearing me, I am hearing a human voice. If I listen to the sound of me then I go back to where I was and what was going on, so I stay objective.” 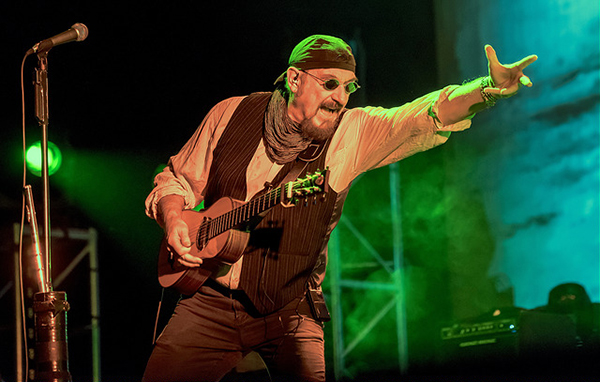 Preparing for the tour and getting the band ready has taken a great deal of time for Anderson, but that does not mean he is not making new music, quite the opposite. “It is really a time question. But to be honest, new music from old bands is not what fans want, and right now, with the 50th Anniversary tour and the reissues, it does not make sense issuing a new album. And now the tour has been extended to April or May of 2019. But I have begun the album and later this year I will finish it off, and hope to release it in 2019. I don’t like putting something to one side, it is like a having a dinner and you get interrupted by an important telephone call or something. The food goes cold and you pop it in the microwave. I don’t relish that being the case. So two songs have been completely recorded and I have five songs that have yet to be recorded. So I will set those aside and turn my attention to them later, so it is more fresh. I will go into the studio, listen to the demos and record them.”

Anderson is looking forward to the tour, and for him tours provide a reason to leave his home. “These shows are a little adventure for a 70-year-old man who doesn’t get out of the house, just small modest adventures.”

Ian Anderson of Jethro Tull is not “Living In The Past”, nor is he “Too Old To Rock And Roll”. He is enjoying the touring, and providing the fans with an opportunity to hear and see the man who wrote and originally performed these classic songs. For Anderson, touring has become a bit easier and he is not looking for any complications that he may have encountered in the past (his son is his agent and “he knows from the inside what makes sense”). For Anderson, touring should not be complicated.

Ian Anderson’s 50 Years of Jethro Tull will be presented at the Ottawa Bluesfest on July 6th – info and tickets available HERE.

Born and raised in Whitby, Aaron discovered music through his love of The Beatles. This led to a career in radio, writing for various publications, and ultimately a radio show about The Beatles (Beatles Universe), which ran for over four years. When not immersed in music, Aaron enjoys spending time with the loves of his life -- his wife Andrea, and daughters Emily and Linda (all of whom have an intense love of music too).
RELATED ARTICLES
featuresjethro tull