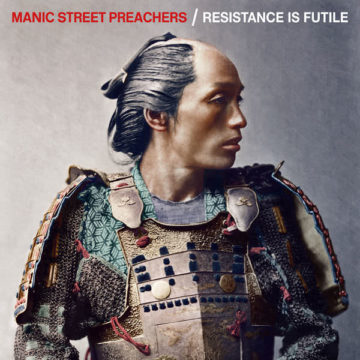 Deviating ever so slightly from their signature sound, Manic Street Preacher’s release of their 13th studio album, Resistance is Futile, is a decent collection of courageous lyricism and sub-par melodies.

The trio, hailing from Wales, are no strangers to the indie rock scene and managed to gather a sizeable cult following since their first release in ‘91. Resistance is Futile is their first new recording in 4 years, and although they managed to knock out some good tunes, the lack of tread on their tires is a little obvious throughout the album.

In “Dylan & Caitlin”, the pop-like nuances almost sound like what watching a bad lifetime movie would feel like, with the riffs, melodies and lyrics falling flat throughout. In “Sequels of Forgotten Wars”, an almost PG AC/DC sound is present, but without the classic rock payoff.

The stand-outs throughout, which make the album worth listening to, are “International Blue”, which channels the heart and soul that honour Manic Street Preachers loyal fan base—and “The Left Behind”, a slow melodic tune with strong, humbling lyrics and an empathetic vibe anyone with a warm heart can relate to.

With the first song’s (“People Give In”) ability to pull the listener in with its unique progression and intoxicating lyrics, the promise of the album versus the reality make it a slight disappointment.

Although Resistance is Futile isn’t a terrible album, it won’t be one that the Manic Street Preachers are remembered for.

Angelica is a Freelance Writer based in Toronto, ON. Her passion for music started at a young age when she received a guitar for her birthday, and it has taken over her life in the best possible way ever since. When she’s not searching for additions to her vinyl collection, discovering new upcoming bands on Spotify, or attending any live show she can get tickets to, she can be found in her room jamming on her guitar.
RELATED ARTICLES
album reviewsmanic street preacherssony music
8.0