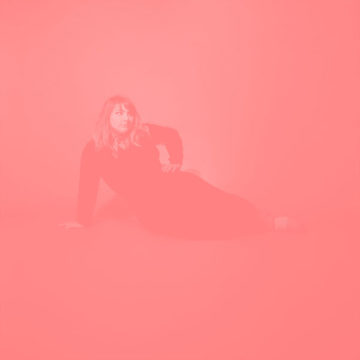 Kississippi’s Sunset Blush is an album that, should you be so lucky as to count yourself a member of its ideal audience (I am), will have you simultaneously crying and dancing. If this is your jam (it’s mine. I’m not sorry), you’ll recognize this as high praise for a 32-minute debut from a band whose 2015 EP We Have No Future, We’re All Doomed was disappointing precisely because it was so clear who its audience was and so equally evident how it fell flat. In the three years that have passed since that EP, Kississippi has honed their sound as a band and released an album worthy of all that potential.

Sunset Blush is an album filled with heartbreak, angst, self-deprecation, and good, old fashioned, sadness. It is also gilded with the bittersweet clarity and whipsmartness that marks the best bands in this genre— Mitski, Waxahatchee, Allison Crutchfield, Hop Along, Frankie Cosmos, and Lucy Dacus immediately come to mind. Kississippi is in good company with this spate of female-fronted bands and singers, who have built a decent-sized catalogue of records over the past five years and have signaled a resurgence in super smart and talented women making unapologetic indie rock.

Nearly every track on Sunset Blush is a portrait of the devastation that comes with a bad breakup, traced through one of two veins. The first vein is that of a person (probably a woman, probably a queer person—thank you Kississippi members for putting your pronouns on your bandcamp site) making themselves smaller to fit someone they’re obviously too good for. The second, and related, vein, is the pain of finding oneself on the wrong end of a lover incapable of self-reflection. The latter is most obvious on the album’s heavily-promoted single, “Cut Yr Teeth,” released in the fall of 2017. Much text has been typed about this song at this point, particularly about the scathing indictment of its most memorable line, “The person you made yourself out to be/Would feel sorry for what you’ve done to me.” “Cut Yr Teeth” swells with Shins-like key changes and chord-heavy rhythms that build enough tension to power a thousand romantic tragedies. Zoe Reynold’s vocals are a plaintive cry for herself: “You’ve never felt sorry at all,” she sings over and over again, as pained for her own inability to see the inevitable coming— “Our future plays tricks on us, huh?”— as she is for the way she’s been used as a kind of ballast for her antagonist’s supposed growth: “You started out slow but you cut your teeth,” she sings. Anyone who has ever felt left in the dust by someone who used you to “grow” gets it.

This kind of prolonged and excruciating side-blinding makes frequent appearances. “Lash to Lash,” the last song on the album, maximizes the drama of the musical pause to fantastic effect, and Reynolds punctuates her words perfectly in time with the drums, admitting? accusing? a lover of hoping she’d “disassemble” and “leave.” It’s the kind of song made for banging your palms on the car steering wheel and shaking your head. Who, after all, hasn’t unwilling left someone hellbent on twisting the knife through their heart?

Unbridled frisson winds through most of Sunset Blush. I asked a friend who loves this album to describe it and she said “tingly,” which is accurate. Wisely-deployed syntax allows Reynolds’s voice to ring clear and confident, whether she’s singing about feeling inadequate, nervous, or giddy (“Easier to Love,” “Red Light”), or pulling out her best Mother Goose over synthesizers on lullabies like “Adrift” or the multitracked “Shamer.” Indeed, Reynolds helped produce Sunset Blush, and her ear and sensibilities as a producer may equal her talents as a guitarist and songwriter.

There are moments when Sunset Blush isn’t quite there yet. The eminently danceable tracks, like “Mirror Kisser” and “Rinse, Repeat” verge into predictability. At least, this seems like a thing one might say about these songs if one was trying to be objective and rigorous. But to be honest, it doesn’t even matter. If there is an overreliance on the same dramatic pause in these songs that makes “Lash to Lash” so compelling, they are interspersed across Sunset Blush in a way that provides balance to the softer tracks (the aforementioned “Easier to Love;” “Who Said It First”).

My sense from reading other reviews of Sunset Blush is that either the reviewer isn’t generally into “this” kind of music, or they’re trying not to lavish too much praise on the debut because they want to encourage Kississippi to keep putting in the effort, like giving a kid a B+ on a really terrific first essay.

Michelle Morgan is a queer ENFP living in New Haven CT, USofA. By day she works in digital accessibility. By night/weekend, she is an embroidery artist, DJ at 89.5fm WPKN, and purveyor of too muchness. She takes being a Gemini seriously.
RELATED ARTICLES
album reviewalbum reviewsalcopop! records
8.0