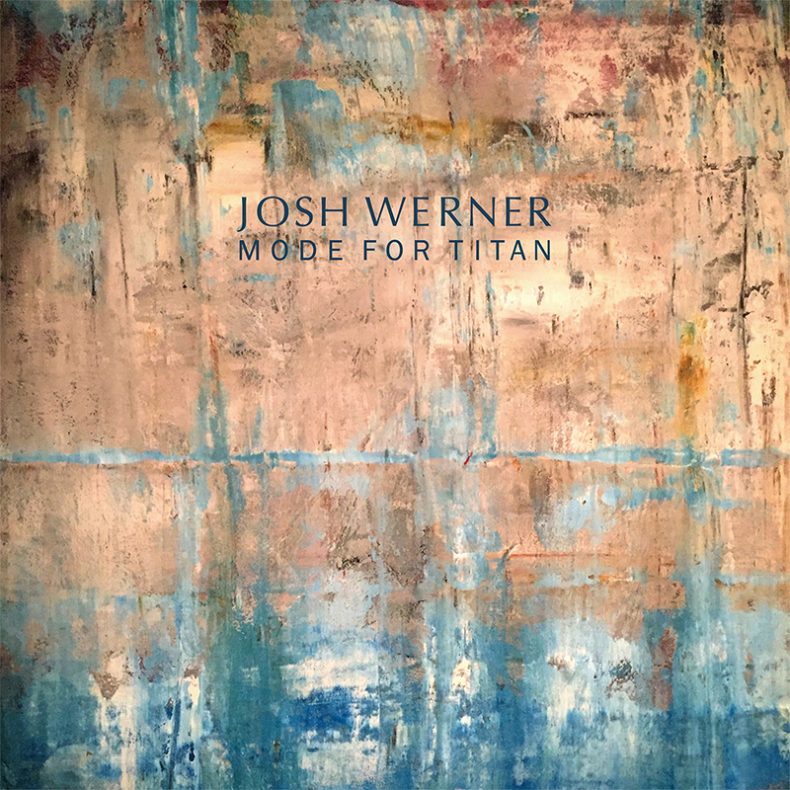 If you are a fan of Brian Eno, Michael Brook, Japan or William Basinski, today you are in for a treat as we present you the new long-play from US-based bassist and composer Josh Werner. Although a seasoned artist and producer, ’Mode For Titan’ is actually his debut solo album. This is gorgeous music, oscillating in grounded territory between the ambient bliss, introspective spaciousness and pulsating dub. Josh Werner offers flawlessness and equilibrium.

Seeping in minimalist beauty, this is co-produced by legendary American producer Bill Laswell, with whom Werner has been working for quite some time, involved in such projects as Method Of Defiance and Bass invaders. This stunning collection of tracks is also being released via Laswell’s label M.O.D. Reloaded.

‘Mode For Titan’ proves that the bass is a melodic and ambient force in its own right. Writing on and for the bass, Josh Werner explores new dimensions of composition and improvisation, and effortlessly moves through sonic textures, all without a conventional rhythm section. Here, Werner explores novel instrumental territory, including the sitar bass, seven-string and fretless bass.

Producer Bill Laswell’s production endows this sonic journey with a vast sense of space, painted in a ray of colors as boundless as the producer’s own palette. This album will also appeal to fans of Jaco Pastorious, Alice Coltrane, Terry Riley, Steve Reich and Laraaji.

“Mode for Titan is a hybrid of improvised performances and meditative compositions, all rendered through Laswell’s darkly prismatic sonic eye. Bill and I wanted to make an “all bass” statement, free from the usual suspects of the rhythm section, which could show range and depth of the instrument as a compositional and sonic tool,” says Josh Werner.

“Bill is a legend, so having him at the helm was an important part of the work, I have complete trust in his navigating skills, and though we are very different as players, he has deeply informed my taste and choices.”

While a wide array of influences is heard on Werner’s compositions, it’s the introspective creative focus that guides. Simplicity, beauty and space are constant in this journey, and the rich colors of Laswell’s sonic translations are the compass.

Raised in Milwaukee, Josh Werner was a private student of Richard Davis. In 1996, he moved to New York and attended the New School for Jazz and Contemporary Music program. His years of recording and performing with top-tier and cutting-edge artists has made an imprint on his identity and place in music history.

A composer, performer and abstract painter, Werner has made quite a name for himself working in a variety of styles, most notably in dub, experimental rock, hip hop and jazz. His work with Ghostface Killer, CocoRosie, Lee “Scratch” Perry, Cibo Matto, PopCaan, James Brandon Lewis, Matisyahu, Sly and Robbie, Wu Tang Clan and TV On The Radio’s Tunde Adebimpe has cemented his status as a low-end heavyweight.

As of October 9, the ‘Mode For Titan’ LP is available on CD and digitally everywhere, including Apple Music, Amazon and Spotify. It can also be obtained directly from the label at https://modreloaded.bandcamp.com/album/mode-for-titan