Live Reviews
3
398
previous article
SPILL TRACK OF THE DAY: THE HOLY GASP - "BEAT WAVE"
next article
SPILL FEATURE: WHAT THE FUTURE HOLDS FOR THRICE - A CONVERSATION WITH RILEY BRECKENRIDGE 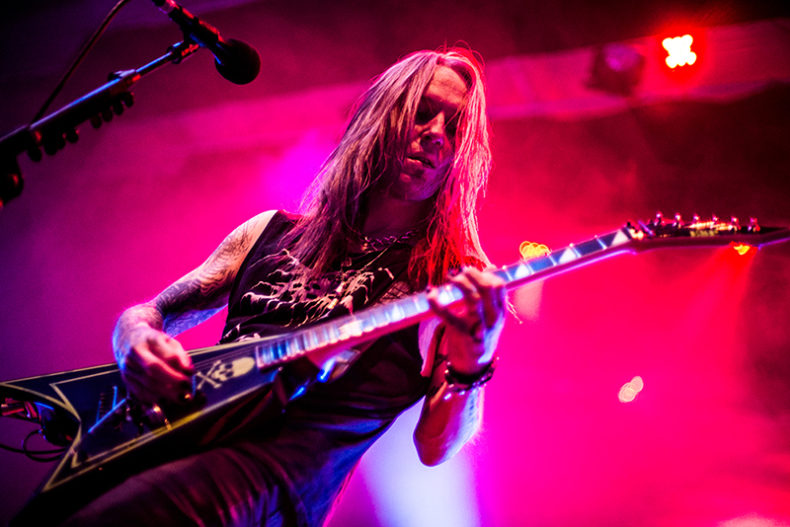 Children of Bodom kicked off their 20th anniversary tour at the Bronson Centre in Ottawa on Wednesday, with Uncured, Lost Society, and Carach Angren. Their set was nothing less than energy-fuelled, and in a venue that much resembles a high school auditorium, it was reminiscent of what the outcasts always dreamed of as the ultimate high school dance.

Every aspect of their music was pristine, with their talented roster — Alexi Laiho’s seemingly effortless solos still stand out so much that it was hard to take your eyes off of him. With his tongue hanging out like Gene Simmons, his theatrics are almost as enticing as his shredding abilities.

Music makes the worst situations bearable and the best situations even better. I'm just here to share the inside scoop and anything you may have missed, while I establish my own voice in the industry. Born and raised in Ottawa, I never go anywhere without a set of headphones. Live music has been my vice for as long as I can remember and sharing stage side stories is a major bonus.
RELATED ARTICLES
live reviewottawa