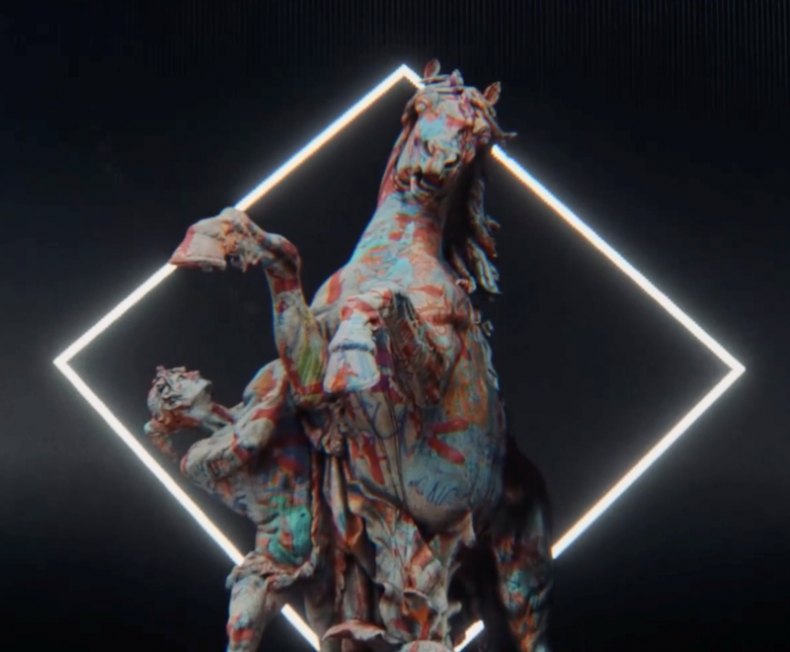 RISE CARMINE – “WEIGHT OF THE WORLD”

“As musicians, most of us dream of being famous, but in reality it looks like it sucks”, says lead singer and songwriter Liam Colbert about ‘Weight of the World’, the newest single from Toronto psych-rock artist Rise Carmine. It’s a sentiment echoed by actual famous person Billie Eilish, “Fame f-ing sucks – I hate it.” Much like the iconic image of Atlas holding up the heavens, success can feel crushing to those who achieve it in the music industry.

“Before you’ve broken as an artist, the ‘weight of the world’ is all self-imposed” says Liam about the song. “It’s almost tangible, like an object you keep in your room, something that you live with”. But for a band that becomes a household name, that pressure suddenly comes from the outside, from hundreds of thousands and sometimes millions of people.

“Suddenly the voice in our head goes from being ours alone to the cacophony of a ton of strangers. It’s very much a ‘from the room to the stage’ moment. We start to realize that what we took for being the weight of the world, was only the weight that we put on ourselves.”

The single is being released with a music video by Liam’s friend Artyom Savin. It includes opposed images of a young musician’s room, decorated with posters of the 70s rock bands from which the song draws inspiration, and dramatic, monolithic statues, some of Atlas himself. The song itself is an homage to the bands that featured heavily in Liam’s teenage years, with soaring dual guitar lead lines and an anthemic ear-worm of a chorus. ‘Weight of the World’ was produced and mixed by Grammy-winner Dave Schiffman (Weezer, Vampire Weekend, PUP) and is the latest in a series of singles leading up to the release of Rise Carmine’s debut EP in February.