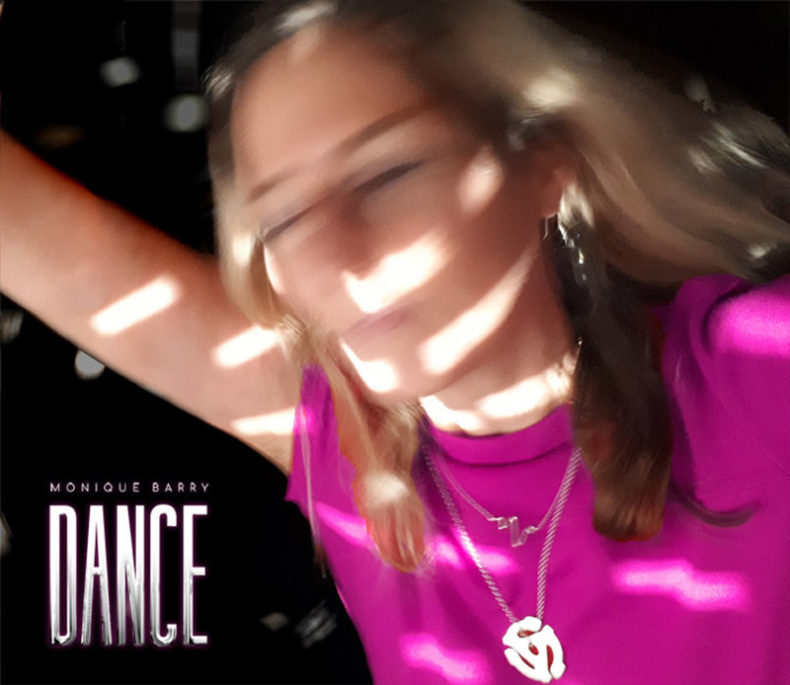 
Dance, it is said, is the hidden language of the soul, but Monique Barry has given it a new linguistic identity by becoming the voice of dance itself. It all happens in her newest single, which, appropriately enough, is called ‘Dance’. It’s the fifth and latest in a series of singles by Monique that’s slated to culminate in a completed album entitled HAAK.

From single to single, Monique has been exploring the journey from innocence into experience, building on the theme with each song. She enters this new chapter of her musical search by singing in a soothing foxtrot lilt, with the vocal narrative set a dance club where her protagonist goes to escape a failing romance. There the atmosphere of comfortable chaos with “no cares at all” is highlighted by crisp percussion, music box twinkling (played on a celeste and serving as the voice of disco mirror balls), and synthesizer tones that hover and soar. Gradually as the hunger for escape evolves into a search for order and safety, Monique lifts the lyrics to the next level with her moody, waltzing delivery, and the music gathers into a whirling cloud of sound, suggesting both safety and release, shadow and light.

Hailed for her “hypnotic mystique” (eye magazine) and “dynamic vocal range” (The Independent Weekly), Monique Barry has consistently demonstrated a willingness to experiment with musical forms and the aesthetic knowhow to back up her creative instincts. Her previous albums—Moody (1998), Tripping (2003), Carbon (2009), and Wake (2013)—have established a critically appreciated affinity for musical dynamism and innovation. Always drawing on a wide range of experiential and cultural influences, Monique’s inspiration for ‘Dance’ evolved from a section of Joseph Boyden’s novel ‘Through Black Spruce’ in which a DJ plays mainstream dance music with native rhythms mixed in as a way of communicating.

Also making musical waves on ‘Dance’ are some of Monique’s most trusted and vibrant collaborators: Marc Merilainen on guitar,Alisdair Jones on bass, Emma Campbell on vocals and Michael Philip Wojewoda, co-producer, drums and mix.