SPILL TRACK OF THE DAY: THE STANFIELDS – “AFRAID OF THE WORLD” 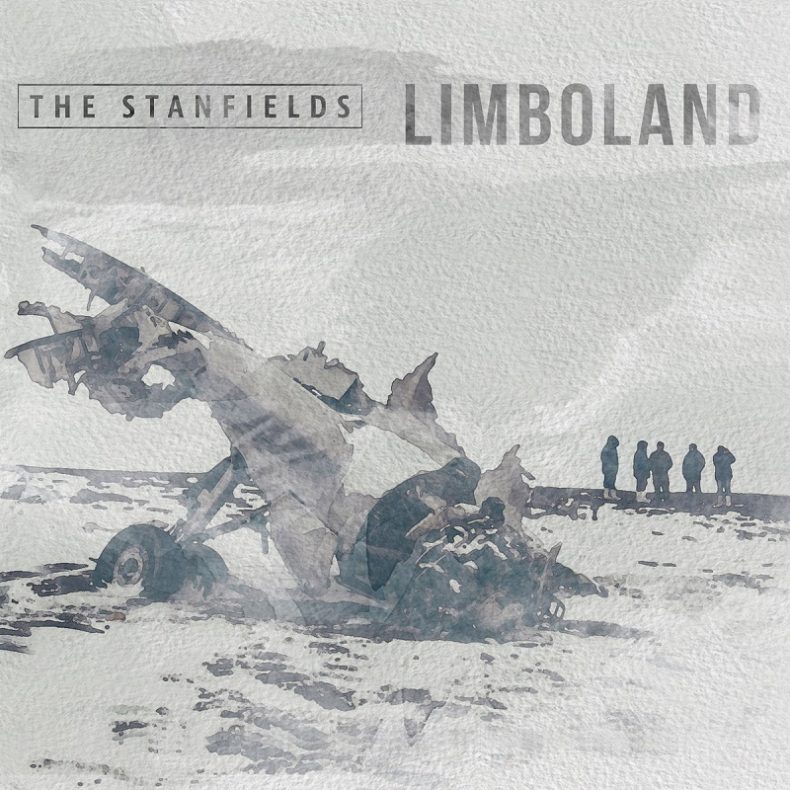 THE STANFIELDS – “AFRAID OF THE WORLD”

The Stanfields get right to the point in the first lines of the first song on their new album, Limboland:  “A line was drawn in the sand by a fool with a big stick and tiny hands/He promised a wall, talked about greatness and dared to speak for me.” That has the band fired up, and answering back big-time, plain-speaking, and plain-rocking: “I’m not afraid of the world,” comes the answer. The Stanfields are back, and ready to sing out loud and clear.

“There’s so much going on in the world, there’s so much uncertainty, I think it’s important that we’re speaking in a really clear voice,” says lead singer and songwriter Jon Landry. Limboland is the fifth album for the Halifax-based band, which sees them take an unflinching look at the negative forces that threaten rights and liberties for all, while doing it all with their trademark swirl of guitars, pounding drums, fiddle and rowdy energy.

No, it’s not political, it’s simply trying to be reasonable, like most of us want. “It’s not just Trump, or Rupert Murdoch, it’s Justin Trudeau and others too, everybody’s just grinding their axe, and we’re not listening to each other,” says Landry.  “People are scared to have an opinion lest they be drawn and quartered on social media. The extremist dummies speak the loudest, meanwhile everybody else is in the middle, holding a more moderate view. I like to think that’s where we are, we don’t particularly bang on a drum one side or the other, I like to think we’re in the realm of common sense.”

In other words, screw politics and profit, let’s worry about the big picture:  “Your flag won’t save you anymore/keep the ocean from rising up and washing away the shore.” Strong advice, but at the same time, some of the most exciting and memorable music the group has ever made.

This is the first album for the group since 2015’s Modem Operandi, and the first to be recorded with the two newest members of the band, fiddler Calen Kinney and bass player Dillan Tate. “Bringing the new guys into the band really gave myself and Jmac (guitar player Jason MacIsaac) and Murph (drummer Mark Murphy) the license to take a stop and reflect on what we had done musically up to this part,” says Landry. “To say okay, let’s go full-circle here, let’s harness these young guys’ energy to be okay doing three minute songs again, and be forthright about what we’re saying instead of trying to mask it behind some kind of artsy facade. Let’s be comfortable with who we are.”

As fans of The Stanfields’ dynamic live show know, that means bringing a message, and bringing the noise. “Our thing has always been, since day one as a band, trying to find that sweet spot where entertainment and art can co-exist,” says Landry.

You’d never call The Stanfields traditional, but being from Nova Scotia, they can’t help soaking up those influences, especially the storytelling. “It’s in my blood,” confirms Landry. “Somebody told me that I sound like I write songs from 100 years ago, which is a fantastic compliment for my sake. John Prine has been my hero since I was a kid, but I also liked Nirvana.”

Those East Coast images show up in ‘Lantern In The Window.’ “That song’s about making sure that we actually have a place in our hearts and our minds for people who are homeless or people who are being repressed. It’s sort of a warning shot, if we continue down this path, our civil liberties are going to be degraded.”

Another highlight is ‘Total Black,’ which features Celtic duo Cassie and Maggie MacDonald, winners of this year’s Traditional Album of the Year at the Canadian Folk Music Awards.  Maggie joined Landry for shared lead vocals, while Cassie played twin fiddles with Calen.

The Stanfields have been road-testing the new songs and are thrilled with the reception. “We have the Blacktop Ball festival that we do every year on the North Shore of Nova Scotia in August, and the first night we played the record front to back,” says Landry. “This is the party faithful showing up for the event, and it went over really well. We’ve been playing them here and there and they’ve been going over gangbusters.”

Fired up, speaking out and rocking harder than ever, Limboland sees The Stanfields at their very best.

The Stanfields are a five-piece rock/roots band based in Halifax NS, Canada. They play what they want, sing what they feel, and leave nothing on the table.