SPILL TRACK OF THE DAY: GROWN UP AVENGER STUFF – “A.I.M.” 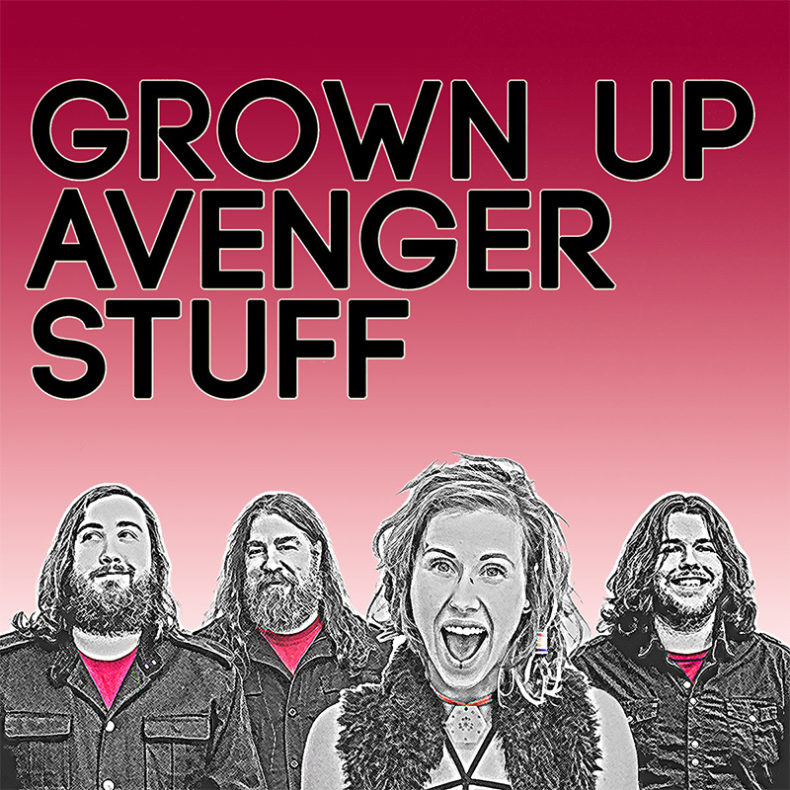 Charlotte NC based indie-punk band recently recruited London Ontario veteran singer Ray Stern and instantly recorded and released their first critically acclaimed single: A.I.M. (All In Motion) –  The reboot of the band with Ray on vocals definitely retains all the huge power and energy they have been known for, allowing her big voice an appropriate sound stage in the center of their big big sound.  The high energy track is evidence of the excellent match that exists between the musicians – as well as a sneak preview of the music we can expect the group to release in the near future.

“The first thing we did was to spend a couple months creating music together – writing and getting to know each other musically. We were really excited about how quickly things were coming together, and we jumped at the chance to release our first single. Now we are on tour sharing this new music live and in person with as many people as we can and having a blast doing it. Then it’s back to the studio to capture more of it – some of which is already being made even better (and more fun for us) from real live audience feedback. A.I.M. is a great introduction to what we have going on and we’ve been happily stunned with the fantastic response to it so far.”

SPILL TRACK OF THE DAY is published daily, showcasing the best in recent independent releases, with a focus on the Toronto Indie Music Scene. We also feature tracks from across Canada and around the World, including Canadian francophone releases. Remember -- you heard them here first. ;)
RELATED ARTICLES
grown up avenger stufftotdtrack of the day