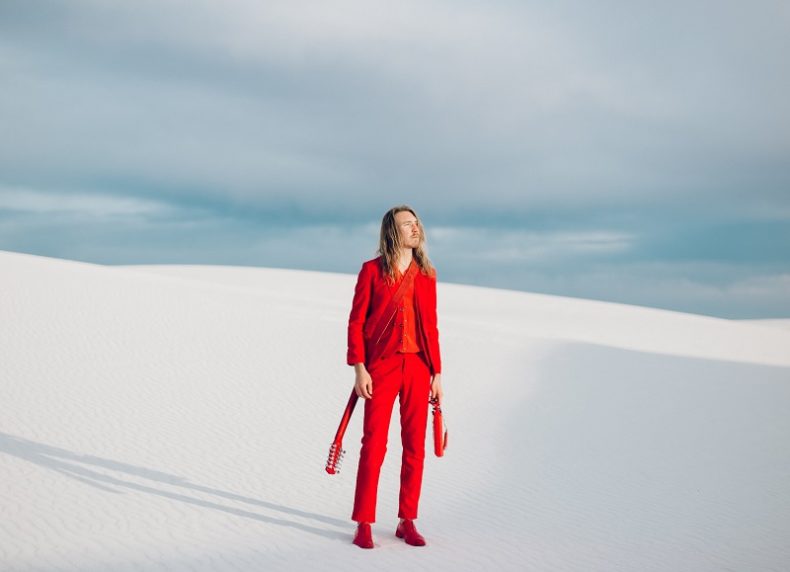 The essence of the song was initially inspired by our mutual adoration for a few of our friends who are badass women that make art and live out in Joshua Tree, therefore, “Desert Queen” was an obvious name and direction for us to follow. Our bassist Sol is a Sagittarius which is where the line, “her bow and arrow gonna purify me” was conceived. Little did I know that months later I would be in love with a lady of the Desert (originally from AZ) who is also a Sagittarius and who ultimately became the director for the accompanying music video which is planned for release in February. It’s a kind of a cute synchronicity I like to attribute to the narrative of the track.”

Ecstatic Union’s sound is like a liquid sun-soaked harmony layered psychedelic dance party. Started in 2012 as a kind of solo-spiritual-folk-rock recording project by frontman Rex Costello, after assembling a few core members (including Oliver Hart & recording partner Paul Olsen) the band took on various forms over the years and primarily played as an acoustic folk act. In 2015, while living in his home town on Catalina Island, Costello recorded what would become Ecstatic Union’s second full length album (released 2017 on Lolipop Records). Over the next year he assembled the band into a complete electrifying 5-piece psychedelic-rock outfit in support of the release. The core members include Rex Costello (Guitar/Vocals), Oliver Hart (2nd Guitar/vocals), Solange Kupersmid (Bass/Vocals), & Bradley Cluff (Organ/Synth/Vocals). The band now primarily resides in Los Angeles, CA where they recently recorded a new EP (Neurons) which is scheduled to release in early summer 2018.