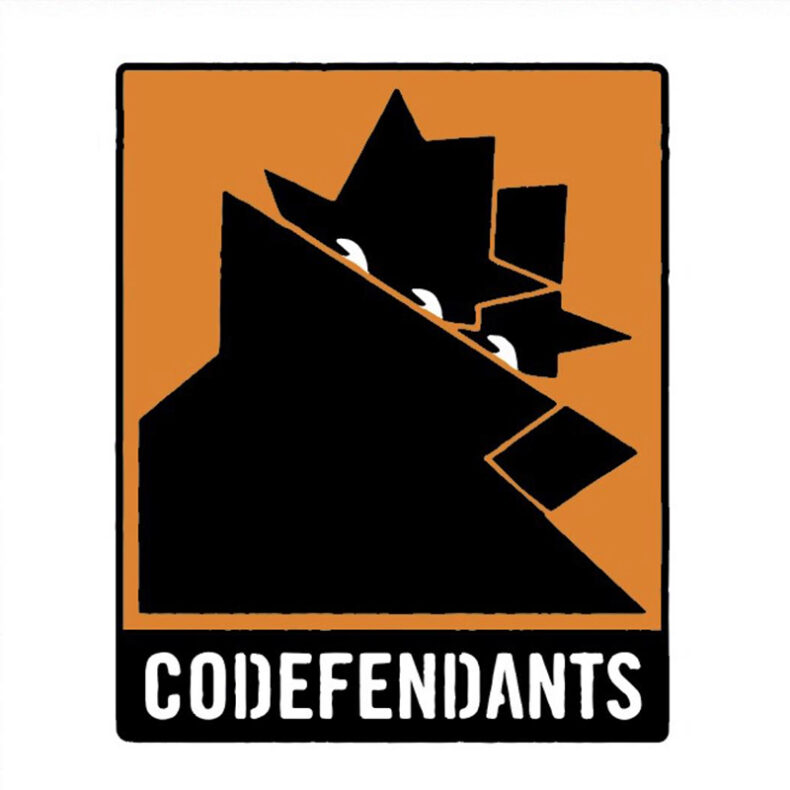 What if Killing Joke played reggae but with minor chords and Tom Waits was singing and playing piano? Well, that would probably be terrible. Codefendants are not.

Fat Mike of NOFX’s newly launched project, Codefendants, are the breath of fresh air and the steel-toe-cap kick in the nuts music has needed for too long. Impossible to define by traditional standards, Codefendants were forged out of a desire to make an album that sounded like nothing else – a completely genre-fluid album – a cross between hip hop, new-wave, flamenco, and the Beatles. And thus a whole new genre – Crime Wave was born.

Today they release the music video for “Suicide By Pigs”, Episode 1 of a cinematic pentalogy which succeeds previously released music video for Episode 2 and the track “Abscessed” which was surreptitiously released without fanfare on YouTube last month and has already racked up over 33k views. Watch both videos by clicking the images below or by clicking HERE and HERE. If you don’t want to ruin the viewing experience, watch Episode 2 first, followed by Episode 1. It will all make sense, just trust us.

Sam King from Get Dead’s graffiti crew were giving tattoos and making flash art to raise money to help rapper Ceschi Ramos when he was in prison. Months later they met at the Gilman Street Project in Berkeley, California. They bonded, talking about their love of hip-hop and punk rock, over a bottle of Jameson. They didn’t know it yet, but they had just started Codefendants.

They began recording songs two years later in Los Angeles with Fat Mike from NOFX as producer. Soon after Fatty joined the band, they decided to make an album that sounded like nothing else. That album will be released in early 2023.

You can’t hear the band on streaming services yet, but you CAN listen to their 6 song demo cassette tape if you send $7 to a PO BOX in Brooklyn. Videos can be seen on YouTube… at least the ones that weren’t banned. They just finished filming a five-song video series that will probably not be seen on YouTube, but will be available at thisiscrimewave.com. The short movie, made up of the five music videos, features the legendary rapper DOC, N8NOFACE, 2Mex, and Stacey Dee from Bad Cop / Bad Cop.

All that Fat Mike has to say about their new album is, ”Get ready for the best aural sex of your life.”

SPILL NEWS strives to keep our readers up to date with news and events in the music industry. We keep you informed of the most recent information regarding new releases, tour dates, and information items about your favourite artists.
RELATED ARTICLES
fat mikenewsnofx
10

by Jake Collier on February 26, 2021
NOFX Single Album Fat Wreck Chords NOFX is still around 40 years since their early beginnings, and what is there left to do when the rest of their era’s punk bands have fallen or sold out? Well, you can begin an album with a six-minute mid-tempo [...]