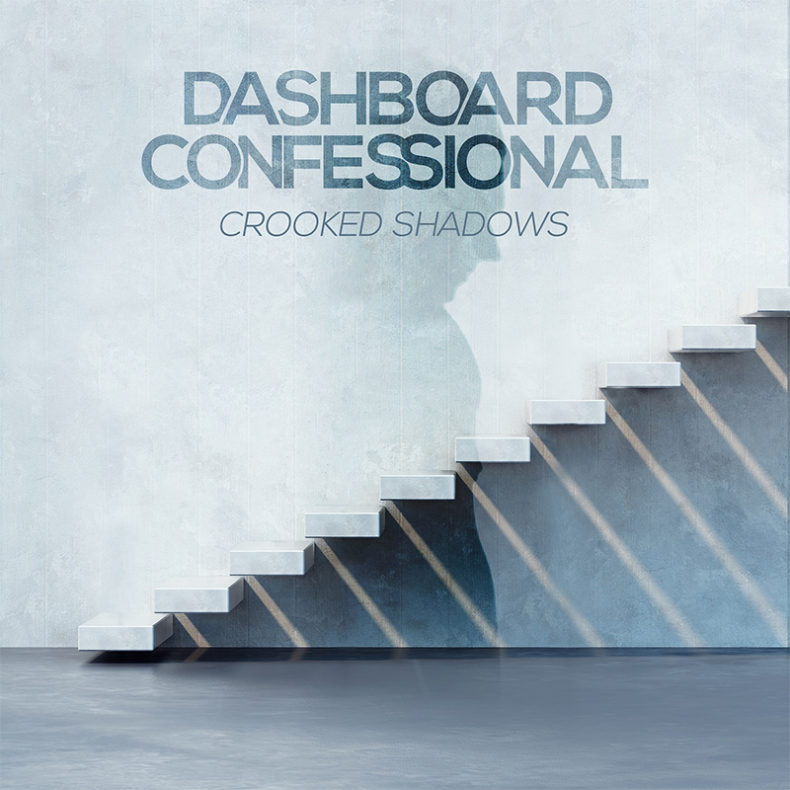 Dashboard Confessional’s Chris Carrabba expounds on the new material stating, “When I wrote ‘We Fight’ I thought it was just about the music scene that I came up in—a place where people who’d never quite fit in anywhere felt they actually belonged.  When we began playing the song live on our summer tour, I realized that ‘We Fight’ held a much broader meaning.  It’s a song for people who, in spite of their differences, can find common ground in their convictions and foster those into something bigger than themselves. That, to me is something worth fighting for.”  Carrabba adds, “Every album is personal, but as this album was coming together I realized, especially as the world’s political climate was rapidly changing, that ‘personal’ did not necessarily mean ‘mine.’  Suddenly, ‘Me’ became ‘We’ and that realization was empowering, comforting and terrifying all at once.” 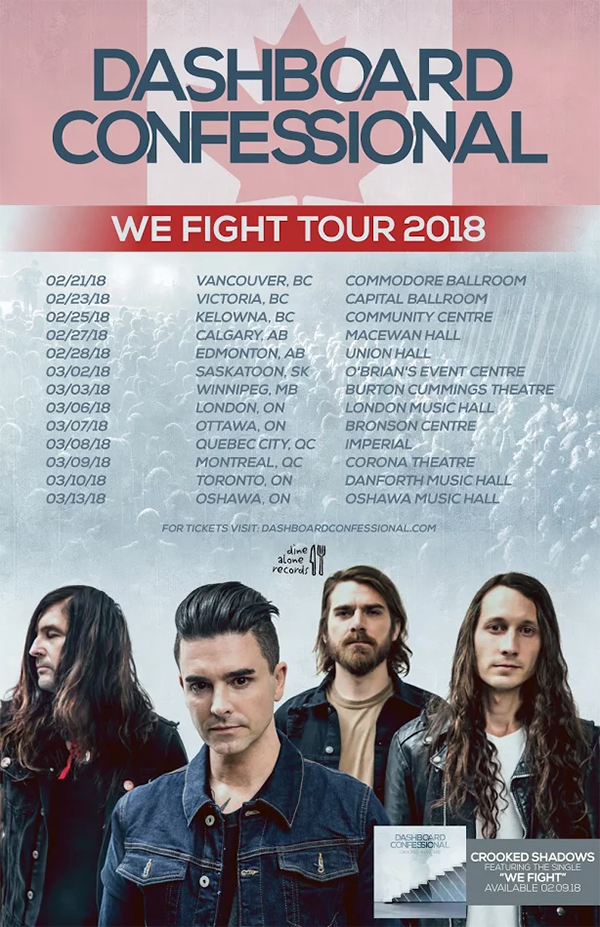 Produced by Chris Carrabba and Jonathan Clark with co-producer Colin Brittain, Crooked Shadows is the result of a near decade-long period of immense self-examination for Carrabba. Crooked Shadows explores Carraba’s reclamation of the simple yet extraordinary moments in life that long stood as the unsung heroes of his songwriting, as he reflects on experiences of his own and those closest to him. The result is a deeply cathartic body of work that traverses the complications and vulnerabilities of relationships while scrutinizing the possibility of self-improvement.

SPILL NEWS strives to keep our readers up to date with news and events in the music industry. We keep you informed of the most recent information regarding new releases, tour dates, and information items about your favourite artists.
RELATED ARTICLES
crooked shadowsdashboard confessionaldine alone records