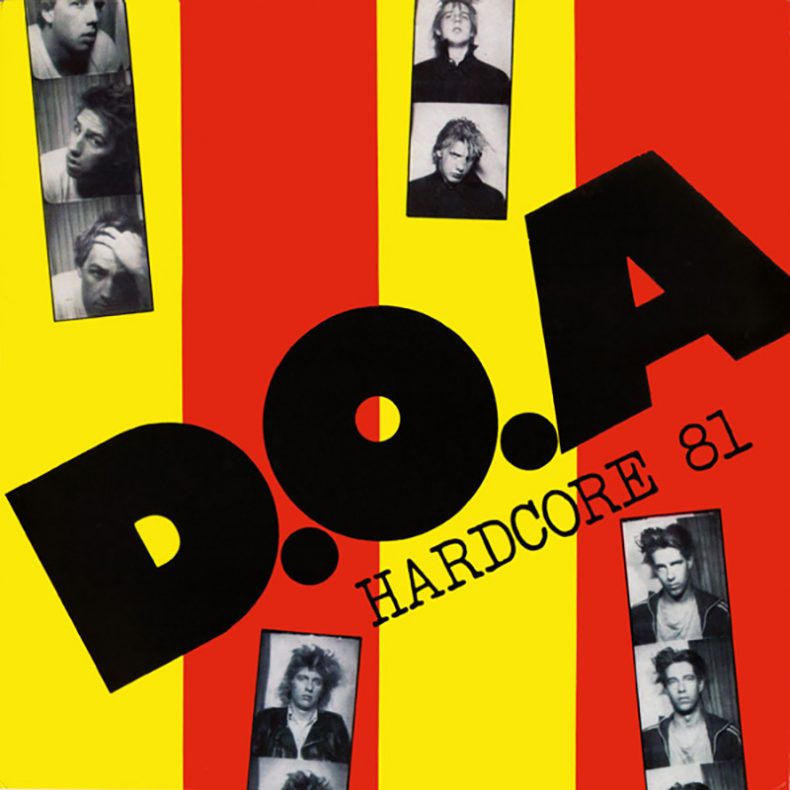 In early 1981 Canada’s punk pioneers D.O.A. recorded their 2nd album and entitled it Hardcore 81. After a long North American tour D.O.A. had forced the term “hardcore” into the public vernacular and soon after it became a common phrase. But all punks knew (unless they were too wasted or not yet born) that D.O.A. had helped spawn an entire genre of music that stood up for itself, it’s fans and its ideals. Hardcore embodied independence, hard work and especially the fledgling DIY spirit that punk and hardcore would make its trademark. Its influence would provide a path that would give clarity and inspiration far beyond the size of it’s own underground scene.

The album’s songs rocket along with amazing power and wild abandon and the tunes stick in your head.  Tracks like D.O.A., Unknown, Slumlord, Fucked up Baby, Smash The State and Waiting For You are some of the stand outs of it’s 14 powerful cuts.  Hardcore 81 was a statement about our screwed up world and how D.O.A. tried and continues to work towards helping create a more just and equitable society.

That’s where D.O.A. fits in, as the harbingers of a new way of looking at the world, the band laid it all on the line, with a no holds barred, take no prisoners type of attitude that still rings true today. So we are asking you to vote early and vote often! (if you like! LOL)

SPILL NEWS strives to keep our readers up to date with news and events in the music industry. We keep you informed of the most recent information regarding new releases, tour dates, and information items about your favourite artists.
RELATED ARTICLES
D.O.A.newspolaris music prize