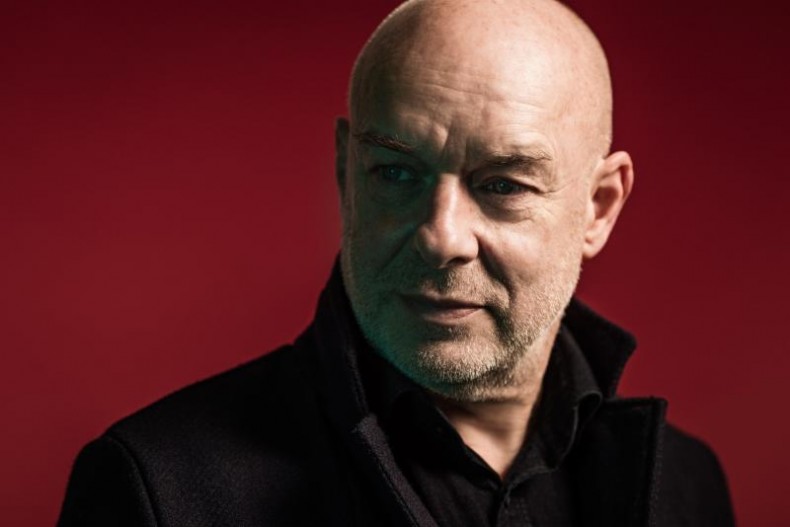 We are proud to present the first music from Brian Eno’s forthcoming solo album, his first since 2012’s Grammy-nominated LUX.

“The Ship” is title track, album opener and thematic core of the album. Running at 21-minutes and built around Eno’s cyclically sung verses, the song builds in ominous drama, snatches of distant voice and creeping electronics.

Eno explains, “The piece started as an Ambient work intended for a multi channel sound installation in Stockholm, but during the making of it I discovered that I could now sing a low C – which happens to be the root note of the piece. Getting older does have a few fringe benefits after all. From that point the work turned into an unusual kind of song…a type I’ve never made before where the vocal floats free, untethered to a rhythmic grid of any kind.”

Originally conceived from experiments with three dimensional recording techniques and formed in two, interconnected parts, The Ship is almost as much musical novel as traditional album. Eno brings together beautiful songs, minimalist ambience, physical electronics omniscient narratives and technical innovation into a single, cinematic suite. The result is the very best of Eno, a record without parallel in his catalogue.

“On a musical level, I wanted to make a record of songs that didn’t rely on the normal underpinnings of rhythmic structure and chord progressions but which allowed voices to exist in their own space and time, like events in a landscape. I wanted to place sonic events in a free, open space… This album is a succession of interleaved stories. Some of them I know, some of them I’m discovering now in the making of them.”

SPILL NEWS strives to keep our readers up to date with news and events in the music industry. We keep you informed of the most recent information regarding new releases, tour dates, and information items about your favourite artists.
RELATED ARTICLES
brian enofontana northnews
9.0