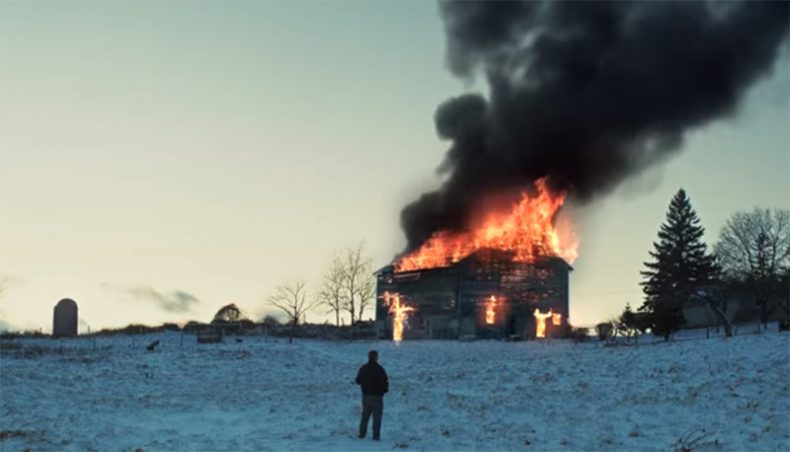 Alt-rock band Wintersleep has unveiled their powerful music video for single “Amerika.” from their album The Great Detachment (Dine Alone Records.) The song delves into the juxtaposition of a society composed of individuals facing intense struggle and oppression, while being part of a nation founded on optimism and hope. Directed by Scott Cudmore, it was first premiered via Mic.com.

“The song made me think of civilizations that have come and gone in a way. Nations that have fallen from a kind of ‘golden age,'” said Cudmore. “But to me the video isn’t explicitly political – it’s about people and how we connect with one another, especially if we recognize that our time is finite.”

The song “Amerika” has held on to the No. 1 spot on the Canadian Rock chart for seven weeks, and has topped the Canadian Alternative radio chart for three weeks, all while getting spins on BBC Radio 2 in the UK, and gaining traction in the US. “Amerika” is the best performing rock song at radio in over two years in Canada.

The band have been busy supporting the single and new album on a month-long Canadian tour and at SXSW. In May, Wintersleep returns to the US for a select run of Northeast dates with co-headliner Plants & Animals. Select summer tour dates have been announced including Quebec City’s Festival D’été, Pemberton Music Festival, Riverfest Elora, and Halifax’s Gridlock Festival. They head to Toronto next week for two Canadian Music Week appearances.

Two years in the making, The Great Detachment marks a return to the organic approach of the band’s earlier works that simultaneously sees them reaching new pinnacles of songwriting and production. The album was recorded at Halifax’s Sonic Temple (the birthplace of Welcome To The Night Sky and its preceding 2003 self-titled and 2005 untitled efforts) with producer Tony Doogan (Belle & Sebastian, Mogwai). The collection delivers a welcome dose of the atmospheric, entrancing alt-rock for which the band has become known, with beautifully orchestrated arrangements anchored by haunting, almost hypnotic melodies.

The Great Detachment is available now via www.wintersleep.com. The video for “Amerika” was produced with the financial assistance of MuchFACT, a division of Bell Media Inc. Visit muchfact.ca for more information.