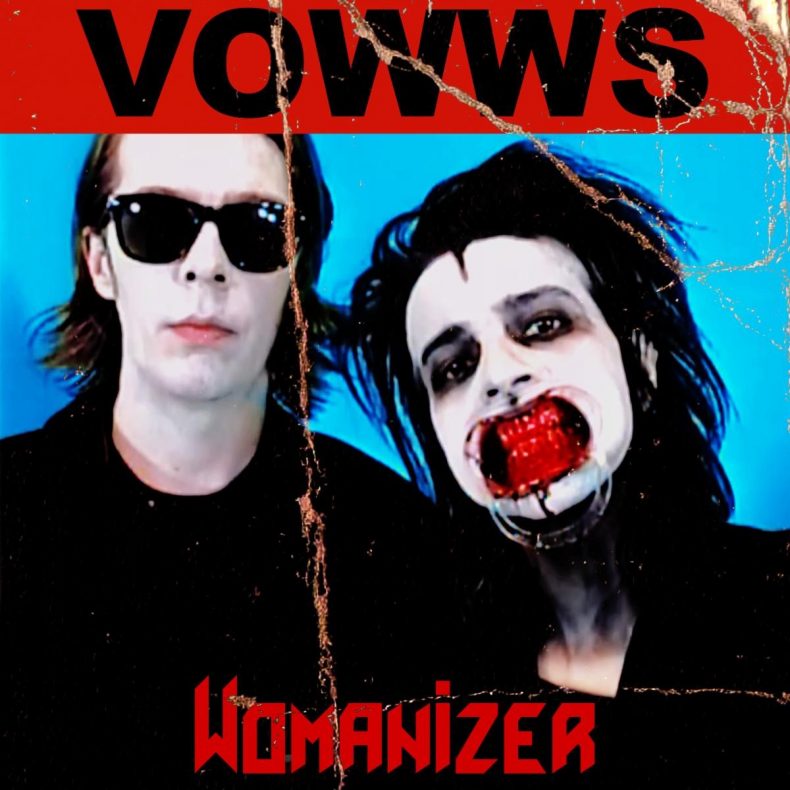 Los Angeles based death-pop duo VOWWS, have put their unique artistic spin on the Britney Spears mega-hit “Womanizer“, released today along with a compellingly lo-fi music video providing the perfect visual accompaniment to the artistic direction the band have taken their version of the song in. Find the track on streaming platforms HERE and watch the video below.

“We wanted to do something unexpected, something that comes from a totally different world to us, artistically and sonically. It was a challenge to ourselves to reinterpret something with top level pop production and give it a scrappy, DIY personality. If Britney’s version is like a superstar heavyweight champion, ours is a bare knuckled, chain-smoking, heavy-drinking street fighter.”

VOWWS are an Australian duo, based in Los Angeles. They describe their project as “Death-Pop” – Existential angst and longing, feeding on a diet of popular culture, cinema and advertising. The experimental approach to their art has won the interest of some distinguished collaborators including Gary Numan, Thor Harris (Swans), Deftones frontman Chino Moreno and Danny Lohner of Nine Inch Nails.

The fashion world has also taken notice of VOWWS’ strong aesthetic sensibilities. In 2019, the band performed during the Comme Des Garcons runway show for Paris Men’s Fashion Week. The relationship with Comme and its retail partner, Dover Street Market, flourished and the band designed an exclusive merchandise line for the brand.

On the heels of a partially completed world tour with Poppy, VOWWS wrote the menacing, angular DEFCON 1 anthem, “Impulse Control” in May 2020. They followed it with the release of “Stay Where You Are” in November.