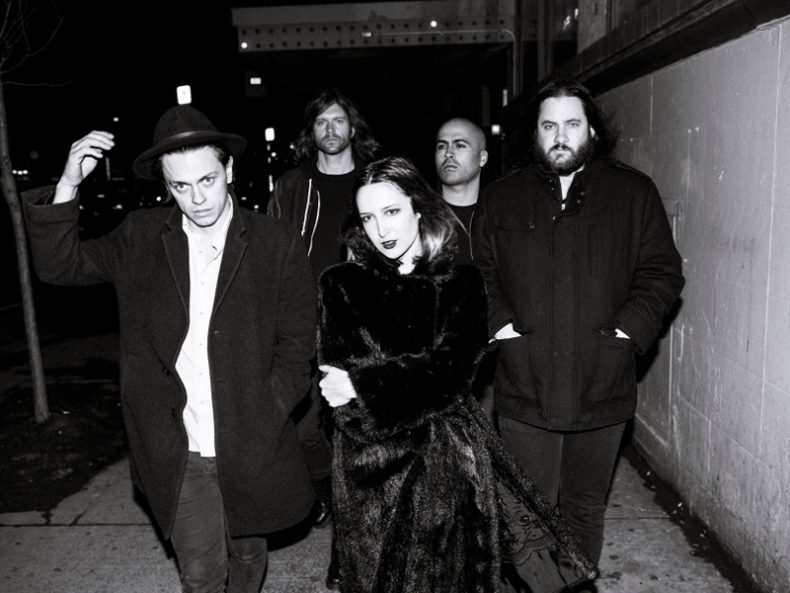 It is impossible to ignore the power – the raw, uninhibited power of a bunch of sweaty humans in a room. And if you’ve experienced July Talk live, anywhere in the world, any time in the last four years, chances are, you connected to the power this band has to affect the way you feel about music, performance, life and love.

July Talk returns with their highly anticipated new single, “Push + Pull”. This is the band that catapulted itself from Toronto’s dingiest dives to the European festival circuit, earned themselves a gold record in Canada, locked in heavy rotation on modern-rock radio, and took home a Juno Award for Alternative Album of the Year (2015).

They landed international recording deals with Island and Universal (they remain on their steadfast label Sleepless Records within Canada) – yet the one focus group that mattered most to them when settling down to record new music: those sweat-soaked souls slithering up against one another and losing their minds and morals at the band’s electrifying live shows.

“We aim to create a space in which people feel comfortable letting go of their inhibitions each night,” vocalist Leah Fay says. “But we can’t ignore the darkness that comes along with over-indulgence. ‘Push + Pull’ is a reflection of how it feels to harbour, hate, love and live within our culture’s constant need to consume.”

Push + Pull finds itself caught up in a dark disco haze, and battling between the insatiable urging voice in all of us that longs to keep the party going, and the cool, prophetic voice of tomorrow that ushers in the detox of dawn.

“I think where our first record was ‘he said’/‘she said’, our new music seems to be more ‘we said’. Our band seems to be more a sum of its parts than ever before.” says vocalist/guitarist, Peter Dreimanis.

Further details on July Talk’s new studio album will be revealed soon, but opportunities exist this summer, to leap into the crowd and connect with a band that moves beyond words and music, as they play select festivals in Canada and the U.S. including; Field Trip (Toronto), Festival D’ete (Quebec) and Osheaga (Montreal).

“It all comes back to that community we feel in the room when we play,” notes, Dreimanis. A Snapchat selfie is no substitute for an intimate conversation, no emoji provides the warmth of an embrace, no YouTube concert video is a substitute for that exhilarating feeling of leaping off the stage to crowd surf. This is music of the flesh—the product of hoarse-throat howls, bloodied fingers slashed on the fretboard, and sticky bodies pressed against the barricades.

by SPILL NEW MUSIC on November 15, 2021
NEW SINGLE FROM JULY TALK – “I AM WATER” SIX SHOOTER RECORDS July Talk go aquatic with new single “I Am Water,” in which the band grapples with our [...]
8.0

by Gerry Young on July 10, 2020
July Talk Pray For It Sleepless Records Pray For It, the third album by highly successful alternative/rock band July Talk, redefines yet again their well-known musical chops that have [...]