SPILL NEW MUSIC: BROKEN BABY – “GET THE PISS UP” 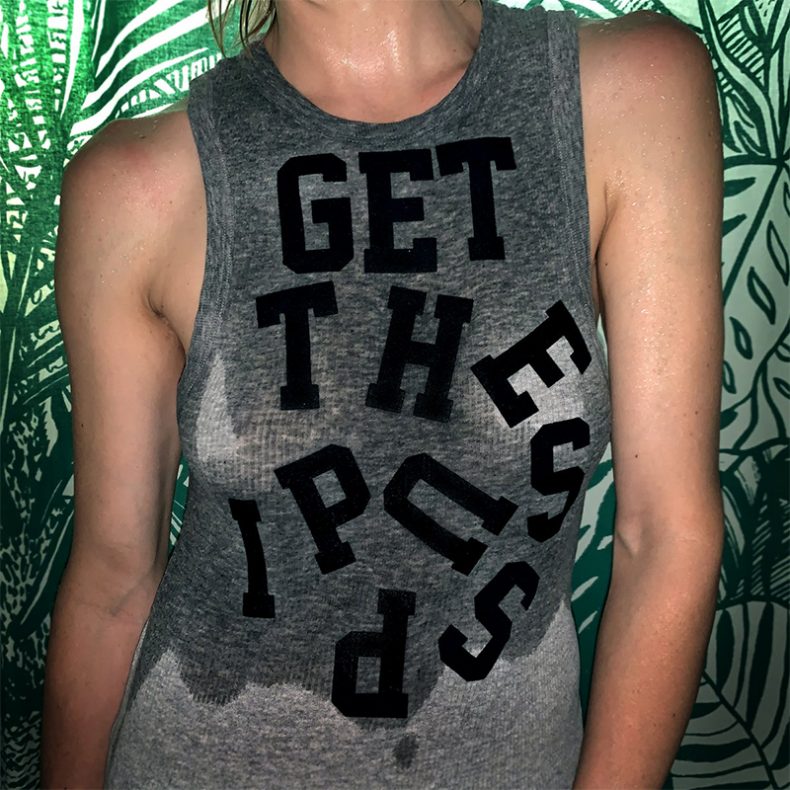 BROKEN BABY – “GET THE PISS UP”

The announcement of Broken Baby’s sophomore record, Late Stage Optimism, comes on the heels of the bands first show back, a sold out, sweat soaked night at LA’s El Cid. The album is set to release on September 24th via Poor Man Records.

Broken Baby is the musical brainchild of veteran indie rocker/producer Alex Dezen (main songwriter and front man for the now defunct Brooklyn band The Damnwells) and Bollinger, a former college athlete and trained actor. As a working actor in Hollywood for years, Bollinger experienced seemingly unending sexual harassment and misogyny. If you follow the four-year-old band’s history, it’s clear that it was formed as a vehicle for Bollinger, both as a writer and performer, to channel her rage.

“Madonna’s a Dick” was inspired by the 80s documentary “Heavy Metal Parking Lot,” where the zebra-print jumpsuit guy gives his opinion on Madonna. “She’s a dick,” he says. “That stuck with me,” Amber says, “how at every level in popular culture, women are met with systemic sexism and summarily dismissed. It made me think, if she were a guy, ‘They’d probably give her a raise, she’d be the president of the United States,’ which became the chorus.”

“Sexual harassment was totally normalized,” she explains. But when #metoo hit, Bollinger was ready to channel her frustration into music. “I was in another band,” she says, “and I just sort of showed up and sang, and I wasn’t proud of it. I filled a role which I was used to doing as an actor. It was unfulfilling.” The reckoning Bollinger was experiencing was being writ large in the world. The music, and the band’s performances reflected that. Broken Baby quickly started packing venues. Before the pandemic shut down live shows, Bollinger was crowd surfing and leaping over cocktail tables (she earned a scholarship in track and field). She gets in audiences faces, and not everyone loves it.

Recorded primarily in the couples’ El Sereno, CA home during the pandemic, producer and mixer Dezen, who is a veteran of home recordings (the first Damnwells album for Sony was recorded by Dezen and a friend in a Manhattan storage space), breaks from the sloppy, bedroom aesthetic of other DIY bands and delivers a sound that feels like it came out of a posh studio set ablaze—think Electric Ladyland with all the knobs set to 11.

As a former actor, Bollinger is acutely aware of the way she internalized the shame of being commodified, as many women do. Broken Baby has become a kind of antidote to that shame. “Ultimately, I just want you to see that I’m in front of you. If you like it that’s great, if you hate it, that’s also great. I want to be seen.”

With the constant churn of their song machine, not to mention the band’s absolutely blistering live performances, Broken Baby is a modern-day rock juggernaut built for the new DIY ethos of our time.