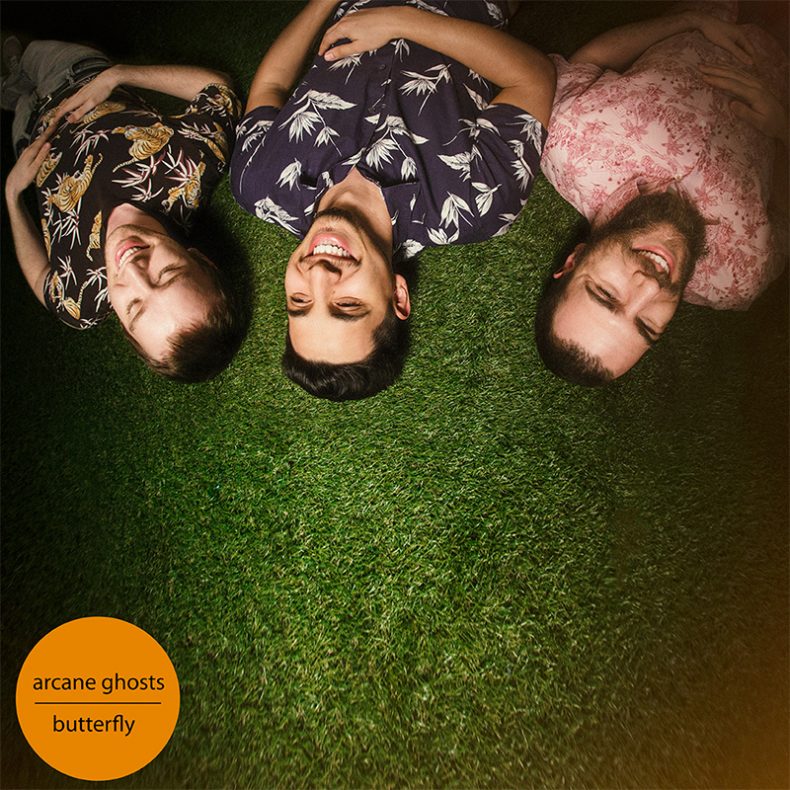 With their latest single “Butterfly,” Toronto tech-punk trio Arcane Ghosts take a bold step forward. While the song sees the group retain the tight, technical elements of their sound that have earned them a loyal following, the track sees the band take a definitive step forward as it spreads its wings to incorporate radio-friendly melodies.

The musical evolution heard on “Butterfly” stands to not only satisfy long-time fans of Arcane Ghosts but also sees the group potentially reaching new audiences. The simpler, cleaner guitar tones, combined with the group’s streamlined approach to writing, results in the punchy “Butterfly” taking flight within the song’s opening seconds. The track’s contagious energy, bolstered by an infectious chorus, cuts a direct path to listeners’ ears.

Formed at the outset of 2016, Arcane Ghosts has built their loyal following throughout two previously released EPs – 2017’s Traveller and Human Interference (2019) – along with several singles, the most popular of which (“Petrified”) racked up more than a half-million streams on Spotify.

“Stylistically, ‘Butterfly’ marks a bit of a shift for the band,” says vocalist/guitarist Jason Diaz. “We strived to keep the track as simple and organic as possible and base the song’s main melody on one solid guitar riff instead of unnecessarily complicating things.”

“The song is about seeing things from different perspectives. Some people choose to see things the way they want to see them, but we don’t always understand the other person’s point of view, especially if you’re working based on assumptions. People can sometimes see things in themselves or in others that they believe to be true, but aren’t necessarily accurate.”