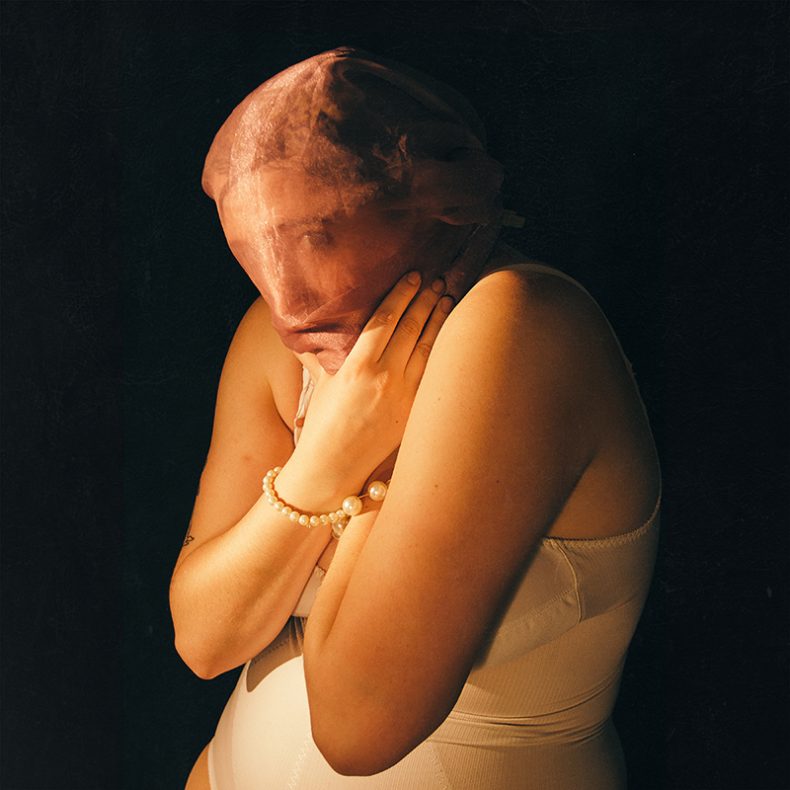 Tomorrow, Uma Bloo — a project led by Chicago musician Molly Madden — shares “Strange Actress,” the final single off their forthcoming album, Don’t Drive Into the Smoke, due March 23, 2022 via Earth Libraries. The ballad-esque track, led with laidback lo-fi chords and hypnotic cymbal hits, is strung along with Madden’s ghostly drawl, soothing and haunting. As it unfolds into a wall of hazy melodies and wailing vocals, it paints a portrait of a tragic love affair, ripping at the seams but clinging on for dear life. “Boy, call me an actress / You know I come when I’m called,” she croons over an utterly enchanting backdrop, ringing out like a dream sequence.

“A piece containing the most quiet of moments; a piece containing the loudest: ‘Strange Actress’ is exemplary of the band’s wide dynamic range. The drums and bass maintain the beat in lockstep during the second verse without sacrificing the subdued mood. Guitars blare in increasing intensity as the song progresses, overdriven guitars blanketing the listener in a warm, yet heightened emotional state. Uma projects her voice with strength – you can hear her diaphragm hard at work through the speakers – yet it falls into the most beautiful of falsettos as the song concludes.”

Don’t Drive Into the Smoke is out on March 23 via Earth Libraries. “Strange Actress” is available via all DSPS tomorrow.