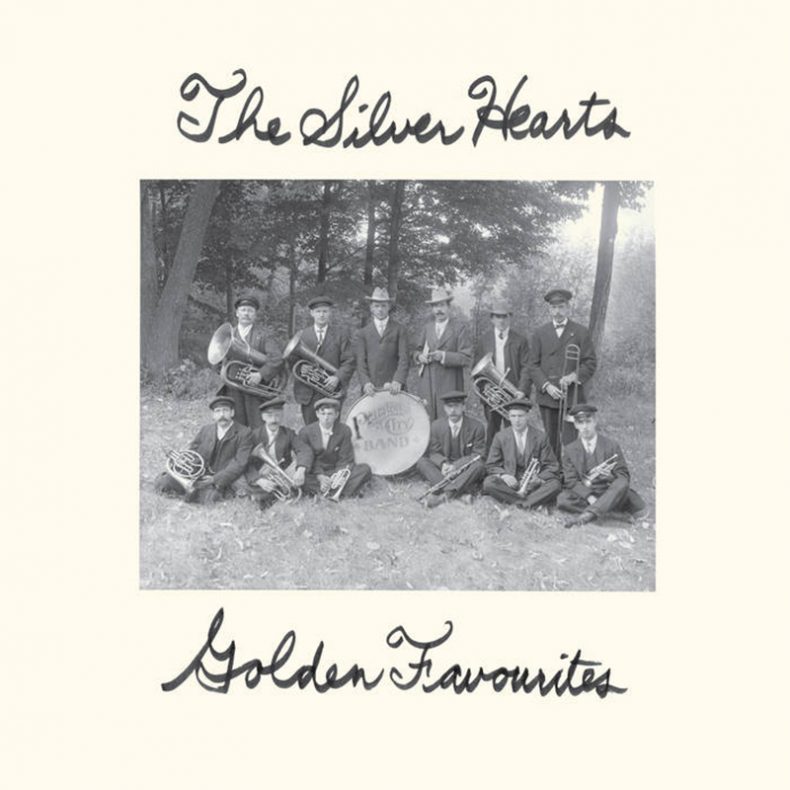 The Silver Hearts will release their first album in 10 years on Friday, November 4th, on Mudtown Records. Golden Favourites features 11 previously unrecorded songs from the group’s 16 year history, including such fan favourites as “Hot Time,” and “St. James Infirmary Blues.” The album was recorded by engineer James McKenty, who produced the band’s debut album “No Place” in 2003, and whose production credits include recordings with Blue Rodeo, Royal Wood, and Cuff the Duke. Long thought to be a ‘live band,’ “Golden Favourites” counters that claim with evidence of a experienced group, comfortable and capable in a studio helmed by a skilled producer. Old and new fans alike are guaranteed to find luminous gems inside of Golden Favourites.

We’re pleased to have a great new record of our material from the Silver Hearts songbook. Hot Time is actually quite old…like, maybe 1890s? Certain versions of the song include a verse referring to the Great Fire of Chicago. We’ve been playing that tune onstage since the early days and are happy to have a recording of it; it’s always been a great one for getting the crowd on their feet. *(Even in Toronto, where folks tend not to dance as much). Plus, the falsetto duet with Charlie makes me laugh.

It was so good to get back to the studio and record with Jay Swinnerton in our lineup as well. He plays organ and mandolin, and sings harmonies. He brings a spirit of goodwill and adventure into the world around him. It shows up on the album. His help with the recording was also a blessing.

Having said all that…I’m also very excited about the future of our lives in music. The instrumental pieces we’ve included on the album were a lot of fun to do. I’m hoping to somehow get John C. Reilly’s attention. We would like to have our music utilized in a soundtrack; I’ve read that he has bought the rights to the book “The Sisters Brothers”; I have read this book several times and we want Silver Hearts to be the soundtrack.