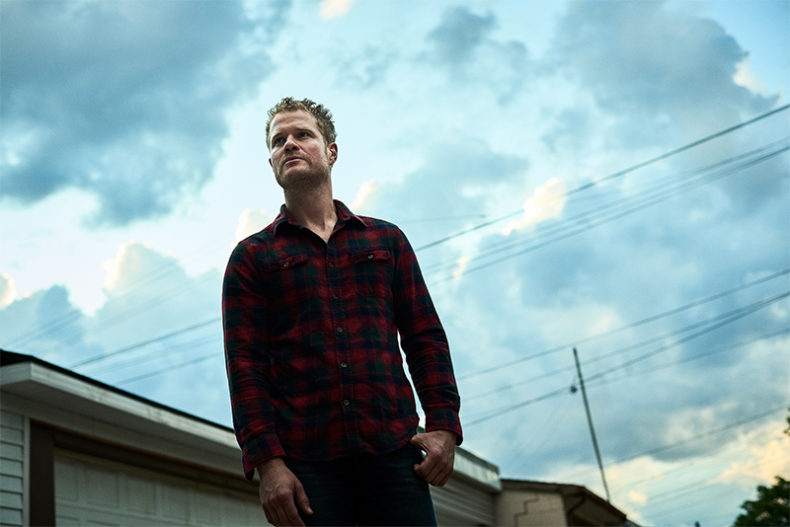 With a 7-album discography reaching back to 2009, the evolution of The Wilderness of Manitoba is unmistakable. The band started with four-part harmonies and a chamber folk sound and has revolutionized into duo lead vocals with an array of sounds ranging from cinematic indie pop to authentic folk rock. The ten new tracks featured on the band’s latest album, Across the Dark, were written by founding member Will Whitwham.

The group kicked off the 17-show tour in St. Catharines, Ontario, then headed to The Garrison in their hometown of Toronto, Ontario. Opening act, FXRRVST, warmed up the crowd, inviting everyone to dance with them. Up next was Jenny Berkel, who performed a solo acoustic set, later playing alongside the rest of The Wilderness of Manitoba. Playing alongside Will Whitwham (vocals/Guitar), was Mike Brushey (Drums), and Tavo Diez de Bonilla (bassist/vocalist). The Wilderness of Manitoba opened their set with “Head For The Hills”, followed by “Dead End Eyes”.  The evening included mostly tracks featured on the band’s new album.

Emily Nutson is a photographer currently based out of Sarnia, Ontario. Her profound love for music and the industry that comes along with it has greatly affected her photography and style. While drawing inspiration from her mentors she has been able to meld together both her own style and draw inspiration from those around her. When not immersing herself in music, Emily can enjoys venturing around South-Western Ontario to find new and unique locations for photo shoots.
RELATED ARTICLES
fxrrvstlive reviewthe garrison