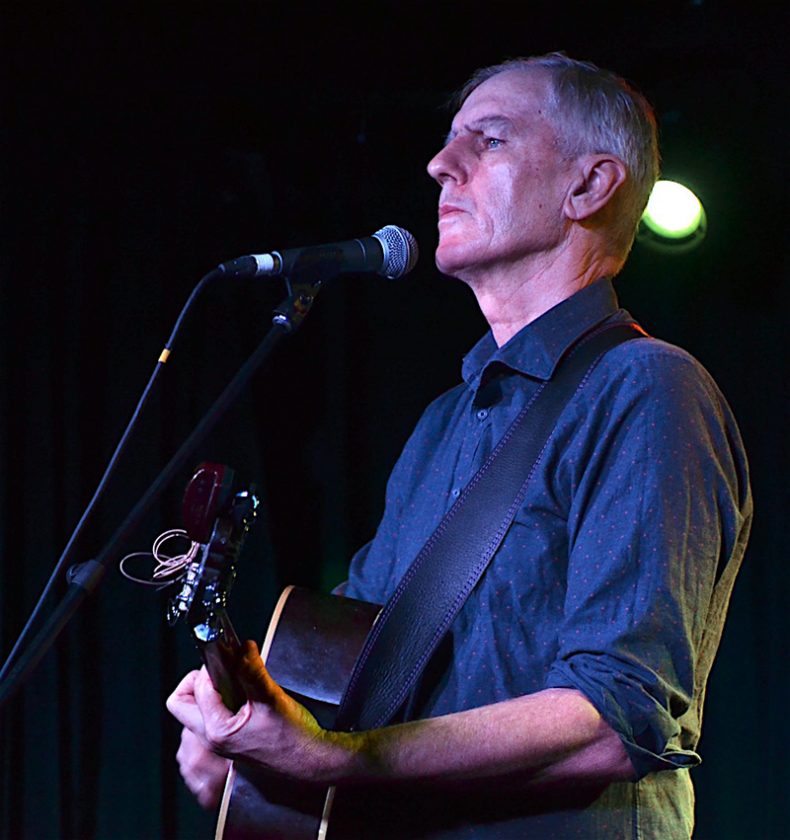 Opening with the brilliant and personal “Born To A Family”, Robert Forster turned  a very cold Toronto  night into a warm party at The Drake Hotel.. This was Forster’s first Canadian date in over a decade and he did not disappoint. Armed only with an acoustic guitar, Forster played some of his best solo songs and dipped into the Go-Betweens’ catalogue as well. But make no mistake, this was not a ‘greatest hits’ show, Forster went deep into both.

Forster started the evening off with his dry sense of humour, disclosing he had eaten an entire chocolate bar and asked for a coffee, so he “may play the songs faster than usual.” That was not necessarily the case, but what he did do was turn all of the songs into fantastic acoustic arrangements. 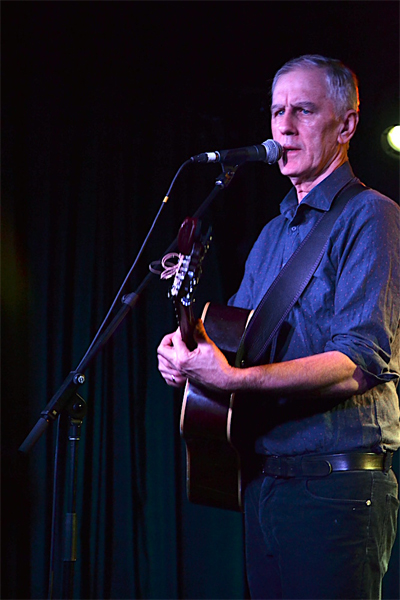 Forster told only a couple of stories and let the songs speak for themselves, but when he did tell  them, as he did before “Darlinghurst Nights”, one got the sense that you were in his recreation room and he was just playing a show for you. He was able to create a warmth and intimacy with the audience.

He performed a few songs from his most recent album Inferno, with “Life Turned A Page” into a very poignant song. It is wonderful on the album, but this arrangement seemed to be very emotional and it seemed to sum up the evening.

Worth noting is Forster’s guitar skills he demonstrated throughout the evening. It is not easy to pull off an entire show with one guitar, but he did it, complete with one guitar solo, which was not only amazing, but I would go so far as to say it was blistering. However, it was his vocals and presentation that made the evening even more special.

Forster also introduced two songs into the show that he has not performed on this tour, “121” and “Let Me Imagine You”, both welcome additions to the night. He also managed to turn  “Surfing Magazines” into a singalong, which was pure genius and oddly moving.

Whether he was playing his solo work, or his older records with The Go-Betweens, Forster has always been a force of nature. His lyrics, melodies, and overall presence are a phenomenon. He has written some of the finest songs of the last four decades, and he continues to write and produce some of the best songs being released today. Seeing him live just sealed the deal.

Forster is a true artist and gentleman. He treated the audience with a great deal of respect, and put on one of the best shows I have seen this year.

Born and raised in Whitby, Aaron discovered music through his love of The Beatles. This led to a career in radio, writing for various publications, and ultimately a radio show about The Beatles (Beatles Universe), which ran for over four years. When not immersed in music, Aaron enjoys spending time with the loves of his life -- his wife Andrea, and daughters Emily and Linda (all of whom have an intense love of music too).
RELATED ARTICLES
grant mclennaninfernoInferno (brisbane in summer)